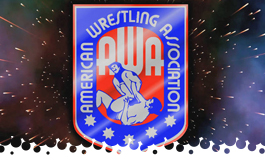 Years ago, I did a multi-part look at the dying days of the American Wrestling Association, and specifically the infamous Team Challenge Series. At the time, footage of the AWA wasn't easy to come by (and by that, I mean you couldn't say anything to convince me to PAY for the old content). WWE rarely uploaded AWA content from their last few years to the 24/7 On Demand OR WWE Network/Peacock, and other options typically posted random matches and rarely had complete episodes (which explains my compilation approach of yesteryear). I'm going into this episode blind, but I'm sure we'll come across something I've covered before. If you have even the slightest interest in this period of AWA, I urge you to check out our "Others" section that features a 4-Part Team Challenge Series breakdown, as well as their final super-card (SuperClash IV) AND one of the worst (unaired) TV pilots you will ever see.

Ralph Strangis and Greg Gagne are our hosts. I'd hate to knock them for the green screen, since the WWF and WCW were using them as well, but this one is incredibly poor looking. When you're hemorrhaging money, all your up-and-coming stars were picked up by the WWF, and at one point you taped in an empty pink room, you can't complain about second-rate green screen effects. Gagne says it's "Survival Day" in the AWA. I love shoot comments that aren't supposed to be shoot comments. There's BONUS POINTS available and the chance of moving ahead in the standings! With so much to talk about (*stifled snickering*), we're wasting little time throwing it to...

Lee Marshall with a TCS Update! "The Illustrious" Johnnie Stewart has bragged he has everything money can buy (with his FATHER's money), except for a World Championship. He's one of the men involved in a tournament for the vacant Light-Heavyweight Title (*8-year-old Tony Khan takes notes*). Last week, his tournament match happened to be a Team Challenge Series Match against a WILD CARD from Larry's Legends, Tony DeNucci. Stewart walked away with the win and 2-points for the Sarge's Snipers, bringing them within one point of the Baron's Blitzers for 1st place. If you were wondering, the Wild Card designation is basically whatever random guy they could bring to TV to fill a spot on the card. As of now, the standings are Baron's Blitzers at 12-15-2 (6 DQ) for a total of 32 points, Sarge's Snipers at 15-15-1 with 31 points, and the Really Rottens at 13-14-1 (1 DQ) with 28 points. Based on these numbers, I'm guessing ties and DQ wins are only one point each.

(Participants: Larry's Legends: Hangman Psycho, "Mean" Mike Enos, and Larry Zbyszko; Baron's Blitzers: Flapjack Norton, The Trooper, and Baron von Rashke)
I guess Sarge's Snipers get to sit around and watch, while these two teams compete for big points. I'd say I understand that it's the early 90's and 3-way matches weren't common in wrestling, but we've seen on other episodes of AWA TV where they've done Battle Royals with members from all three, so it's a possibility.

Event #1: 3-Minute Challenge. Each team has one member try and defeat as many opponents as possible in the allotted time. MIKE ENOS is listed at 278 pounds, by the way. In kayfabe, that makes him larger than THE ULTIMATE WARRIOR. Anyway, the "challengers" are three rookies fresh from camp and two masked men named "The Menace" and "Tokyo Bullet". If Enos can beat all five without time expiring, they do a second loop like this is Donkey Kong. Enos snaps over Pistol Pete Palooka with an arm drag and hotdogs. OK, that's not his real name, but I'm going with it. Enos with a slam and more playing to the crowd. Palooka comes back with slams, including one where Enos is clearly sandbagging him. Enos immediately sweeps the leg and rolls him up for three at 0:57. Junior Carson is next, announced at 280 pounds, and looking much larger than Enos, listed only 2-pounds lighter. Enos cuts him off in the corner with knees to the midsection. Carson charges into a boot and Enos puts him away with a sloppy piledriver at 2:12. Goldie Berg tries his luck, and by trying, I mean he just stands there for Enos to boot him in the midsection. Whip and Berg with a shoulder block, knocking Enos out of the ring. Back inside, Enos sweeps the leg and attempts a roll up, but Berg gets his shoulder up as time expires. Zbyszko and Enos complain about the Trooper being a distraction, and demand he face the same men.

Event #2: Flapjack Norton and Hangman Psycho compete head-to-head in a head-pull. I guess doing a tug-of-war wasn't exciting enough. They have head pieces strapped on, attached to a long chain. Enos complains about Norton's boots, but Lee Marshall notes this isn't a wrestling match, so it's irrelevant. Those head-straps don't look like they are of great quality, and we waste a ton of timing with the usual shtick of a heel not wanting to comply with the rules. Psycho cheap-shots Norton with a headbutt, then decides he's cool with strapping on the leather helmet. Norton seems on the verge of being pulled across the center ring line, but he fights from underneath and pulls Psycho across, complete with a somersault bump, to win the event. They managed to stretch this event for 6-minutes! I guess Norton is awarded 2 points for the Baron's Blitzers. Norton accuses Psycho of loading the mask, because that headbutt was unlike anything he's felt before. Psycho assaults Rashke from behind with the loaded mask, and Rashke is selling like he's Von Kaiser laid out by a Little Mac uppercut. OH MY GOD, RASHKE IS DOING A STRETCHER JOB. Is this Survival Series going to be the entire episode?! The ruling is made immediately from Bob Ryan (AWA Legal Representative) that NO SUBSTITUTIONS ARE ALLOWED. Considering the cut-and-dry assault, that seems like a B.S. ruling, but I'm used to watching Angel Hernandez blow obvious calls on a weekly basis, so no justice in professional sports is a legitimate gripe.

Event #3: The Trooper gets his chance to compete against the clock. OK, I feel ripped off since I was promised FOUR events, and this is clearly one event since it involves two men competing for the better time. The Menace is Trooper's first opponent, attacking from behind thanks to a distraction from the Tokyo Bullet. Whip to the corner, Trooper avoids the charging shoulder block and gets himself fired up. He unloads with left hands and takes Menace over with a back body-drop. Whip and Trooper with a powerslam, followed by a dropkick for three at 1:03. Tokyo Bullet charges in and gets taken over with a back body-drop. Trooper plants him with a slam but misses an elbow drop. The Bullet with some weak strikes. Trooper blocks being rammed into the turnbuckle and instead gives the Bullet a taste. Whip across the ring and Trooper with another back body-drop. He hits the charging chop block and covers for three at 2:26. Pete Palooka is back in the ring. Trooper throws him around with slams and hits a shoulder tackle for three at 2:57 to win the time limit challenge and two more points.

We take a short break, throwing it to a pre-tape from Eric Bischoff, who goes over WHAT WE JUST SAW. Are they that thin for content we need to waste a 5-minute segment recapping what happened on this episode?!

Event #4: The Trooper and Flapjack Norton face Larry Zbyszko, Hangman Psycho, and Mike Enos in a handicap match since Baron von Rashke was taken out and the Blitzers aren't allowed to get a replacement partner. I'd accuse Vern Gagne he was on the take, but when you need every dollar you can get, I can't blame him for letting these shenanigans go unpunished. Lee Marshall is sitting in on commentary and confirms the Baron has a concussion. They make a Ray Borque reference as the match (finally) starts. Norton and Psycho start. Lockup and Norton casually shrugs off a top wristlock. Psycho with two shoulder blocks that have zero effect. The camera misses Norton bulldozing Psycho. Marshall notes the crowd is into this despite the lack of energy or sound coming from them. Unless this is the Tokyo Dome, I'm willing to bet this is more "bored" than "polite." Enos in there as Psycho loads the mask again. Considering Norton is manhandling everyone, I have a hard time feeling bad for them being short-handed. Trooper in, working the leg. Enos rakes the eyes and tags in Zbyszko, who walks into an arm drag. Trooper blocks the "back karate kick" and holds Zbyszko in place for Norton to attack the knee. Enos makes the save, blasting Norton with a clothesline and dumping him out of the ring. Psycho gives him the loaded headbutt. TWICE. In a 20-minute span, we've seen the gimmick used FOUR TIMES. Enos with choking and Psycho headbutts him again! If the crowd isn't responding the first time, they won't for the fifth or sixth (and yes, he did it again AS I TYPED THAT SENTENCE). Enos sends Norton to the turnbuckle and throws two headbutts of his own. Norton fights to his corner while trapped in a front face-lock, and you know what's coming next. Enos and Zbyszko with a double clothesline. Trooper eventually gets the hot tag and hits Enos with a diving clothesline. Whip and a back body-drop for Psycho. Heck breaks loose with all five men in the ring, including a DOUBLE NOGGIN KNOCKER (with the loaded mask!). Trooper with a dropkick to the back of the head of Enos for three at 10:08. That's another two points, six across the entire series, and a clean sweep of Larry's Legends. Trooper and Norton celebrate with their fifth promo of the day. This was some basic, cookie-cutter stuff. The three rookies could've worked the entire match and probably put on the same performances.

Ralph Strangis and Greg Gagne update the TCS Scorecard and note (for the third or fourth time) that Baron von Rashke suffered a concussion at the hands of Hangman Psycho. His team just won six points, no thanks to him whatsoever, so they'll be OK.

Final Thoughts: Final days of the AWA is some depressing stuff to suffer through. They needed to stretch an hour of content by using the same handful of talent across a series of challenges, including cutting the same basic promos over and over. I'd take a shot at not using their star power, but you had the two captains out there, representatives of the top tag teams, and the World Champion's top contender. Everything felt like people going through the motions, though I'll give Trooper some credit for having a little fire in him when he was doing his big spots. I've checked the archives and one of the TCS recaps does include all of what happened here via a TCS Update, so in one paragraph, I was able to detail everything that happened across a 45-minute period without losing much context.