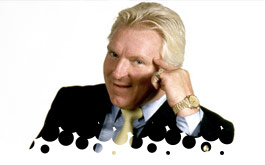 - As we continue down the road to the 1st WrestleMania, I'm skipping the March 8th episode of TNT since it features a lot of recycled content (The War to Settle the Score and Leilani winning the Women's Title), so we'll roll the dice with this episode, which does feature one recycled angle, but that only eats up 4-minutes of the 47-minute run-time compared to nearly half of last week's episode covered elsewhere.

- Hosted by Vince McMahon, along with Lord Alfred Hayes. This week's guests include Bobby Heenan, Ken Patera, Big John Studd, Nikolai Volkoff, The Iron Sheik, Fred Blassie, Wendi Richter, and SARAH THE SOOTHSAYER. WHAT IN THE FLOCK IS A SOOTHSAYER?! We'll find out later in the hour.

- Bobby "The Brain" Heenan, Ken Patera, and Big John Studd kick off the show. Studd is still carrying the baggie of Andre's hair, as well as a fistful of American currency. $15,000 to be exact. Studd has a trivia question for McMahon: Where did the hair come from? Vince calls it one of the worst despicable actions in the history of the WWF. Heenan says that "Wrestling Mania" will be bigger than the Super Bowl. They're not going to only pin Andre's shoulders to the mat, but they'll keep the $15,000. Well, he had 1 of 3 things correct in that statement.

Taped from Poughkeepsie, NY on November 13th, 1984. I know Andre was hard to get along with at this point, but he had to have enough friends to not have to settle for S.D. JONES as a partner. Jones and Patera start. Jones counters a shoulder tackle with an arm drag. I can't say I've seen that done that way before. Andre tags in and manhandles Patera. Jones tags back in, and lady luck already gave up. Meanwhile, there's a large man in overalls yelling at ringside at Heenan. I'm sure he's of no importance (that was sarcasm, it's Hillbilly Jim). Jones takes a big bump to the floor, but Andre is a one-man wrecking crew, crushing Patera in the corner. Patera with an elbow from the top of the rope to stagger the Giant. Studd comes in for some double clubbering and a slam. The chaos continues and might as well call it a No Contest at 4:00. Patera and Studd continue the beating, then do the unthinkable: cut the hair of Andre the Giant. Or, as Vince McMahon says, "RAPE HIM OF HIS DIGNITY." It's a haircut, they aren't sexually assaulting his mother. Jones tries to save, but Heenan keeps him out of the ring. What a scrub. Pretty big deal at the time, as the crowd litters the ring with trash. I hope no one buying the LJN action figure is upset that Andre is now afro-less. According to an illustrated look at Andre's career, he was tired of the afro and thought doing an angle would be a good excuse to get himself a hair-cut.

- Studd insists on watching the highlights again while Heenan laughs his butt off. Vince, three months later, is STILL using the term "raped of dignity." He says Andre is enraged and training harder than ever. Studd says it'll be hard to get revenge on them. He offers "Andrea" $15,000 for slamming him. We throw it to highlights from another episode of TNT where Heenan, Studd, and Patera gave a poor soul a ridiculous hair-cut (including shaved eyebrows). It's not like they beat him up and did it to an unwilling subject. He's just a goof that signed up for this and DIDN'T expect to be messed with? You can tell Vince is enjoying it based on his vocal level of "disgust." Patera says they saved that man from a flea and lice infestation. Next is highlights from Piper's Pit with this same trio as guests. Patera's shirt reads, and I quote, "Win if you can, lose if you must, but always cheat." Piper asks Studd never brings the cash to ringside when it comes time for the slam challenge? Piper guarantees the cash will be in hand every night, because they're his friends. That explains why Studd is now carrying around the wad of cash. Heenan asks if everyone thinks they'll just be sitting around eating pizzas and drinking beer instead of training. He promises the $15,000 will be brought to ringside when Andre the Giant meets Big John Studd. He's negotiating for Patera to be at ringside as well and promises Studd will tip the scales at over 400 pounds.

- Gene Okerlund is on assignment for Hulk Hogan and Mr. T training for their big match at WrestleMania at Madison Square Garden. Hogan chastises Mr. T for knocking out a sparring partner. T ISN'T EVEN WEARING BOXING GLOVES! WHAT DID THEY THINK WAS GOING TO HAPPEN? That's 11 guys this week that Mr. T has knocked out, and it's getting harder finding guys in Los Angeles to get in the ring with him. Hogan knew of the combat zone, but this guerilla warfare has sent T over the edge.

- The former Ladies Champion, Wendi Richter, looking like she had a side-job working in the red-light district is next for Vince to prod about the ground-breaking WRESTLEMANIA (and you thought the modern make-up choices were over the top?). I'm sure Vince wishes he had Cyndi Lauper for all of Wendi's appearances, especially leading up to WrestleMania. In one weird comment, Vince says Moolah held the title longer than not only anyone else in wrestling, but "any other sport." I guess that includes Boxing or other forms of fighting, but that seemed odd to say. Richter says all Moolah and Kai do is cheat and run and says it's not over between them. We throw it to an interview from Richter and Cyndi Lauper that we've covered on the March 10th episode of All-American. Richter says Moolah doesn't love the sport, it's all about the money. HOT TAKE, WENDI. Jesus, this is awful.

- Vince and Alfred are "on location" in a cave with SARAH THE SOOTHSAYER. This cave looks like it was recycled for the Missing Link's simulated home a few months later. What is a "Soothsayer" you ask? "A person supposed to be able to forsee the future." I guess it's a fancier word for "fortune teller". Miss Sarah is stirring her cauldron. A puff of smoke pops at the request of spirits ("I think they're here"). She "sees" the action of Orndorff/Piper vs. Hogan/Mr. T. One choice line: "Hogan is hard... for Piper to handle." And yes, there was a long pause there, for the record. The spirits have faded before we can see who was pinned to the canvas. Did Salvatore Bellomo forget his ship to give us this lame filler?

- Vince's unofficial favorite guests, Fred Blassie, Nikolai Volkoff, and The Iron Sheik are next to bring the show back from the depths of hell. Volkoff comes out in slacks and his USSR sweater. He must've left his one suit at the cleaners. McMahon says they are deserving of a title shot, and the big one is coming up on March 31st. He asks Blassie if he's ever managed a Tag Team Champion before. He doesn't care what that "fat puss gut Albano" has done managing 15 Tag Team Champions. The Sheik proved everyone wrong before when he won the WWF Title, and it'll happen again.

Non-Title Match. Holy crap, we're getting a match that has something to do with the syndicated product?! Wait.... Rotundo and Windham don't have the belts, but they do have jackets with their names on the back. No, they don't match. Wait a minute... this is from the December 15th, 1984 episode of Championship Wrestling! HORNSWOGGLED AGAIN! No Albano at ringside, since this predates their relationship by a solid 6-weeks. Hillbilly Jim is in the crowd, because we MUST HAVE A HILLBILLY JIM REFERENCE IN EVERY RECAP. Volkoff and Sheik attack from behind, bringing Rotundo and Windham to opposite corners. Whips reversed, sending the evil foreigners into each other and a pair of dropkicks clears the ring. U-S-A! U-S-A! Back inside, Rotundo and Sheik fight for position. Sheik counters a waist-lock with a hip toss but misses an elbow drop. Rotundo with a slam and grabs a side headlock. Windham catches a boot from the Sheik, spins him around, and hits him with an atomic drop. Volkoff gets peppered with right hands. Windham grabs a headlock. Crisscross and Windham with a pair of dropkicks. Volkoff comes off the ropes with a shoulder tackle. Windham counters the second attempt with an arm drag. He unloads with more rights in the corner but misses a dropkick. Volkoff drops him across the top rope. Windham avoids a back drop from Sheik and tags Rotundo. He hits Sheik with two more dropkicks. Whip and Rotundo with the Airplane Spin for two. Windham with the running bulldog. Volkoff tackles the referee to avoid taking the pin-fall loss at 4:17.

- McMahon says the next time these two teams meet, it'll be at Madison Square Garden with over a million people watching on closed-circuit television. Blassie says everyone cheering for the Champions will be disappointed when his men walk out with the Tag Team Titles. Sheik says their training in Tehran and Russia is far more demanding than anything Windham and Rotundo have endured. Volkoff says he works very hard and deserves to hold the gold. Sheik rips off his robe and encourages Volkoff to remove his shirt for some posing and trash-talking of Americans. They strike each other repeatedly across the chest because Cocaine is a hell of a drug.

- Lord Alfred Hayes is talking about the "great wrestling trivia contest." McMahon can't say it and calls it a scam. Well, that's a great way to entice your fans to enter. He even YAWNS as Hayes runs through the contest rules, where grand prize winners get front row seats at Madison Square Garden. Clues are given out on Sunday's All-American Wrestling and Tuesday's Prime Time Wrestling. Last week's question was "what prominent wrestler sampled a Hot Dog on TNT?". This week's Question is "What 50's and 60's Wrestler was the subject of a film made by the star of a TV series?".

Final Thoughts: The push for WrestleMania is so hard, it's run onto Tuesday Night Titans. In this one episode, we know that we're not only getting the Main Event Dream Match, but we'll see Andre the Giant vs. Big John Studd, Wendi Richter vs. Leilani Kai, and Mike Rotundo and Barry Windham vs. Nikolai Volkoff and the Iron Sheik. The segments with Richter and Sarah the Soothsayer were bad, but thankfully the stuff wrapped around it made for entertainment TV. You can tell how much faith Vince has in people depending on their length of time featured on this show.