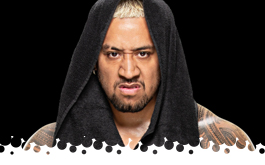 Live from the Honda Center in Anaheim, California. Our hosts are Michael Cole and Corey Graves. Alleged babyface Logan Paul comes out to a chorus of boos. Roman Reigns was a guest on his podcast and afterwards Paul tweeted about wanting to wrestle him. Not even Floyd Mayweather could take Paul down, so he plans on having a press conference tomorrow. This is all setting up a match for Crown Jewel, which is fitting for an event I already don't plan on watching. This lures out Paul Heyman and Bloodline (minus Roman) for a rebuttal. Heyman thinks Logan Paul is the only man outside of WWE worthy of being a Paul Heyman Guy. The crowd doesn't like anyone involved, so this segment just dies. Logan bets that he can knock Heyman out before Solo Sikoa can get to him. Sami Zayn interrupts, which annoys Heyman so much he abandons him. Sami turns around into a sucker punch from Logan, and he flees from Bloodline. This segment was wretched, probably the worst Heyman performance I've ever seen.

Ricochet (with Logan Paul) vs. Sami Zayn (with Bloodline)

The crowd is still dead from the opening segment. They trade holds until Zayn hits a shoulder block for 2. Ricochet escapes a chinlock and wakes the crowd up with a flurry of offense. Zayn retreats, gets distracted by Logan, and Ricochet hits an easy baseball slide dropkick. Sami trips Ricochet mid-springboard to regain control. Ricochet comes back with a rana, but Zayn shoves him from the top rope into the rails. Back from commercials, Zayn flies into Ricochet's dropkick. High crossbody by Ricochet gets a close 2. Sami blocks a standing moonsault. Ricochet answers with a superkick, but gets distracted by the Usos. Sami hits a Blue Thunder Bomb, but Logan distracts the ref from the cover. Ricochet pops up for a slick head scissors takedown, but has to stop to dropkick an Uso. Sami hits a half n' half suplex, which gets a late 2 count. Sami bickers with Bloodline, so Ricochet dives onto everyone. Ricochet's Shooting Star Press ends it at 13:05. Bland match, full of shenanigans. Crowd was pretty flat until the finish, **½.
Winner: Ricochet

Madcap Moss runs out to back up Logan and Ricochet against Bloodline, who back off to fight another day.

"Spooky" black and white video promo with Karrion Kross and Scarlett. They're really pleased with themselves for making Drew McIntyre pass out to a rear naked choke.

Max and Maxxine Dupree are in the ring to entertain us. Or something, I don't know. They bring out the models dressed in ridiculous school boy outfits, but Braun Strowman interrupts the fashion show to lay waste to the geeks. Braun is the most over person on this show so far tonight. He's interrupted by Chad Gable, setting up an ambush by Otis. Braun fights back, but eats a World's Strongest Slam. Braun sits right up and challenges them to another fight. Seems like the entire point of WWE's tag team division is to put over Braun.

Damage Control won the Women's Tag Team Championship on Raw and now they're here to talk. Or wrestle. Maybe both. Who knows. Jojo Siwa is marking out over Bayley in the front row. Now that Dakota Kai and Iyo Sky are champs, they can do anything they want, and appear on both shows (like they've been doing all along). The piped in booing is pretty obvious here, as no one in the audience looks all that engaged. Raquel Rodriguez doesn't like what she's hearing and clears the ring.

Bayley slaps the face and tries to run away. Raquel hauls her back and hits a splash in the corner. Raquel lawndarts Bayley into the buckles and hits a spinning power slam for 2. Raquel misses a big stomp, and Bayley boots her from the apron. Raquel powers into a quick comeback, but Damage Control interfere, allowing Bayley to trap her leg in the ropes for a running kick. Bayley smells blood and goes to work on the injured knee. Raquel limps through a comeback full of power moves. Damage Control interfere again, prompting Raquel to slam Kai onto Bayley. Raquel hits a Vader Bomb elbow drop, but Sky sneaks up to rake her eyes. Bayley finishes with the Rose Plant at 6:23. Second match of the night full of shenanigans, but at least it was short, **¼.
Winner: Bayley

Shotzi Blackheart runs in to clear Damage Control from the ring.

Kayla Braxton sits down to chat with Ronda Rousey. They barely get started before Smackdown Women's Champion Liv Morgan politely interrupts. Liv thinks she deserves some respect from Ronda after defeating her twice. Liv thinks she can win for a third time and challenges her to an Extreme Rules match at, er, Extreme Rules. Ronda accepts, it's Liv's funeral.

Bloodline pumps up Solo Sikoa ahead of his match. Solo wants Sami Zayn to come with him.

"Madcap" sounds like Vince McMahon's idea of "good sh!t."" Hopefully, he can get another chance at the random name generator before too long. They lock up like a couple of heavyweights. Solo hits a strong back elbow, followed by a headbutt. Moss hits a clothesline to outside, gets distracted by Sami, and Solo takes control with a clothesline and throw against the barricade. It feels like they should cut to commercials, but instead we get to watch Solo's heat sequence in all it's methodical glory. Madcap desperately chop blocks the knee. Madcap rallies and hits a massive body slam for 2. Solo answers with a headbutt, Madcap blocks a Samoan drop, but Solo tries again and gets 2. Sounds like the fans are chanting "Uso."" Madcap blocks the uranage and hits a fallaway slam. Madcap charges, but Sami pulls Solo to safety. Madcap makes the rookie mistake of chasing Sami, and Solo hits a superkick and uranage to win at 10:51. Did I just watch 11 minutes of straight wrestling without a single commercial break on WWE TV? That's got to be worth some extra credit. I actually liked this a lot, ***.
Winner and still NXT North American Champion: Solo Sikoa

Hit Row (Top Dolla and Ashante Adonis, with B-Fab) vs. New Day (Xavier Woods and Kofi Kingston) vs. Imperium (Kaiser Ludvig and Giovanni Vinci, with Gunther) vs. The Brawling Brutes (Ridge Holland and Butch, with Sheamus)
Raw recently had a 4-way tag match like this that ended with Braun Strowman squashing everyone like jobbers, so… hopefully that doesn't happen again. That was the type of booking that I hoped would end now that Vince is gone. This appears to be our main event, so maybe the tag division will get a little more respect this time. Butch and Kaiser start with a stiff brawl, which breaks down with interference at ringside. Top Dolla throws Adonis onto the field, but then Vinci chopblocks his knee. Woods takes the spotlight and dives onto everyone. Kofi follows with a dive off of Top Dolla's back. They return from commercials with Imperium working over Butch. Butch traps Kaiser for some sick joint manipulation. Holland tags himself in to help Butch hit Kaiser with a dropkick/slam combo. Vinci tags himself in to take control of Holland, until he counters with a double underhook slam. Top Dolla tags in to face Holland in a hoss fight. Top Dolla slams Adonis onto Holland for 2. Kofi blind tags in and runs wild through Adonis, at least until Kaiser throws him into the ring post. Imperium stand tall to send us to commercials. They return with Imperium still in control of New Day. Woods gets a hot tag and takes imperium to school. Vinci saves himself with a desperate clothesline, but Butch tags himself in. Butch moonsaults off the apron onto Imperium and then hits Ashante with a snap dragon! Butch finds Top Dolla for a standoff and eats a big boot. Top Dolla piles Kofi and Butch on his shoulders and catches Woods for a triple slam! The crowd LOVES this. Holland reverses Top Dolla's piledriver attempt into an Alabama Slam for only 2! Ring empties for Woods and Adonis to square off, Kofi helps with a tope onto Top Dolla. Kofi frog splashes Adonis, Butch breaks the cover! Kofi and Vinci trade pinning predicaments, but Imperium then swarm Kofi and then hit a flying elbow/powerbomb combo. Holland makes a blind tag and steals the pinfall at 18:46! Holy crap, this was awesome! Nonstop bruising offense that tore the house down, ****.
Winners: The Brawling Brutes