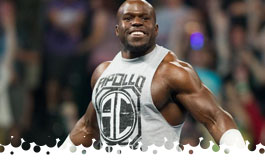 - Smackdown Live Episode #915 is live from the Xcel Energy Center in St. Paul, MN. Mauro Ranallo, John "Bradshaw" Layfield, David Otunga, and Tom "FF" Phillips are at ringside to perform various task or duties. Hopefully sitting at ringside for 2-hours won't leave Phillips with anything he can't handle with a camera crew present. Advertised ahead of time is a resolution to last week's "tie" in the Battle Royal, with A.J. Styles and Luke Harper the center of the controversy. In "sad news", Smackdown Live's Jack Swagger asked for his release after months of literally doing nothing on TV, even on shows where every available person was used.

- Wouldn't you know it, Shane McMahon and Daniel Bryan are watching last week's ending, and it's clear as crystal that Harper landed AFTER Styles. A.J. Styles walks in trying to sneak his way into the title match at WrestleMania, but the match is set between Styles and Harper. Styles calls him a Hillbilly Hick, on top of other insults, with Harper standing right behind him. I'm amazed he didn't do the "he's standing right behind me" line to complete the gag. You'd think McMahon would finally discover Billy Crystal at this point.

- Miz TV kicks off the in-ring portion of the show. We see last week where Cena eliminated Miz, then Miz came back to throw Cena out. You'd think this stuff wouldn't be allowed, but rules are rules™. He brings out his guest... the 16-time WWE Champion, John Cena. Miz refuses to let Cena talk until he's done. Miz says Cena has cost him countless opportunities over the last decade. He's on top, not because he's good, but because he manipulates people. Miz says he's not "another guy", but that's all he is when he's around Cena. He calls out Cena for his ever-growing schedule doing outside projects, triggering a mild "You Sold Out" chant. He's not Super-Cena any more. He's barely Decent Cena. Last week, he took away Cena's chance, just like he's done it to him over and over again. Cena retorts that if he had the pull that Miz says he does, he'd be standing in the ring with him instead of with the Undertaker? INSIDER COMMENTS! He's stolen characteristics and mannerisms from greats like Chris Jericho, Ric Flair, and Daniel Bryan. He has no identity because he doesn't even know who he is. Maryse decides to get in his face with choice lines like "bigger the ego, smaller the package", and slaps him across the face. This brings out Nikki Bella, and Miz and Maryse quickly bail. Cena and Nikki embrace briefly before we cut away to hype what's coming up.

2 out of 3 Falls Match: Becky Lynch vs. Mickie James:

Becky Lynch won their match at Elimination Chamber, and Mickie James won a rematch a week later, so this is our proverbial rubber match. Fall #1: Lockup and they trade waist-locks. Becky with a side headlock, but Mickie cradles her for two. Whip to the corner, Becky dumps Mickie to the apron, but can't connect with a springboard kick. Becky calls an audible with a baseball slide as we take a break. We return with Mickie in control with a chin-lock. Becky escapes with strikes. Mickie with a knee lift and snap mare, but misses a basement dropkick. Becky with clotheslines and jumping heel kick. She hits the diving forearm in the corner, but Mickie counters the Exploder with a face-first plant into the middle turnbuckle. Mickie with a boot to the midsection and the high angle DDT for three at 3:41 (shown).

Fall #2 begins during another commercial break. Mickie with a hard whip to the corner. Becky with a spinning kick to the midsection, but runs into a flapjack. Mickie climbs the ropes, but misses whatever she was going for, and Becky rolls her up for three at 5:24 (shown). Mickie wastes no time starting Fall #3, ignoring the rest-period in between. Alexa Bliss makes her way to ringside to distract the referee. Mickie ducks the Mick-Kick. Mickie accidentally runs into Alexa, and they trade roll-ups until Becky turns it into the Disarm-Her for the tap-out at 6:45 (shown). No rating. This is a joke to promote a 2-out-of-3 Falls Match and spend more than half of it on commercials.

- Luke Harper is in his broom closet with his eco-friendly lightbulbs. He's made peace with the demons inside of him, and now he can see what true evil is. He's not afraid of Bray Wyatt, and when he earns his shot at WrestleMania, it's Bray Wyatt that'll be afraid of him. We segue to Bray Wyatt in his own closet, filled with smog. He's the holder of the holy grail.

- Dasha Fuentes is backstage with Alexa Bliss. Bliss takes exception to being asked about Becky Lynch as the first question since she became a 2-time Women's Champion. She then goes into a prepared speech after forcing Fuentes to ask her what last week's victory was like. Natalya interrupts to congratulate her on last week's victory, while also putting herself over, as well. It's all about Alexa until she (Nattie) takes the title from her.

- Renee Young is also backstage, and she gets A.J. Styles. He's still insisting that Harper's feet hit first. How convenient they didn't have another camera angle for it. He promises to beat Harper tonight, and he's going to the place he belongs, the Main Event of WrestleMania.

Winner earns a WWE Championship Match against Bray Wyatt at WrestleMania Sun Burst. Lockup and Harper shoves Styles across the ring. He catches a boot and carries Styles into the corner. Styles with a side headlock. Crisscross and Harper with a running dropkick. Styles leads him in a game of cat-and-mouse, but keeps being outdone. Harper sends him into the security barricade and the ring steps. Back inside, Styles rolls away from a slingshot senton. Styles kicks the knee and hits a Pele Kick from the floor. Styles with kicks to the back and knee. Crowd with dueling "Let's Go Harper/A.J. Styles" chant. Harper comes back with forearms to the chest and hits the slingshot senton, followed by a big boot for two. Harper with a catapult between the middle and bottom ropes. Styles finds himself on the floor again, and Harper follows with tope suicida. Back inside, Styles counters a Powerbomb with a hurricanrana. Harper counters the Phenomenal Blitz with a Dragon Suplex for two.

We return from commercial, with Harper hitting a sit-out Powerbomb for another near fall. Styles fights out of a fireman's carry and lands an enzuigiri from the apron. Phenomenal Forearm connects but Harper gets a foot on the ropes... but the referee misses it, and counts the fall at 7:28!? This brings out Shane McMahon, and the honor of going to WrestleMania is on the line, and the match will restart. Styles doesn't appreciate the judgment call. Harper sweeps the legs of Styles and bridges into a cover for two. Styles rolls to the floor and mouths off with Shane. Harper with a Super-Kick, but it misses Styles and nails McMahon! Styles tosses Harper back in the ring, and hits a Springboard 450 splash for the REAL three count at 8:45 (shown). **1/2 Too short to be much better, but I liked the work and Harper is a breath of fresh air that can hang in high profile situations.

- Carmella and James Ellsworth interrupt John Cena and Nikki Bella's interview backstage. Ellsworth chastises Nikki for insulting his friend that's a girl. Carmella says her show should be called Total Phonies. Cena decides to intervene. Cena and Nikki come up with the idea of a Mixed Tag Match. I don't know if this was funny or stupid. Probably the latter.

- Daniel Bryan offers congratulations to A.J. Styles, but he turns down a handshake.

- Dean Ambrose shows up to lay out Curt Hawkins with Dirty Deeds. I guess that was supposed to be a scheduled match? He decides to change the segment into a talker. He talks about life lessons, and after a few bad jokes, talks about being pushed around by Baron Corbin. If he thinks he's going to roll over and let him get away with it, then he's in for a surprise, because messing with Dean Ambrose is a bad idea. He wants a fight, and he wants it now. Baron Corbin shows up on the video screen, and refuses to do anything on someone else's terms. Ambrose continues to be comedic, while Corbin calls him a speed bump that slowed him down on his road to the WWE Championship.

After several months of Dolph Ziggler randomly assaulting Crews (and Kalisto) with a chair, we get our favorite gimmick match! It was at Elimination Chamber where Ziggler assaulted Crews' ankle with a chair, but damn if they could book him to stay injured for longer than a week. Crews attacks Ziggler from behind, because baby-faces always attack heels from behind. The match officially begins and Crews lays him out with a clothesline. Overhead belly-to-belly suplex sends Ziggler rolling to the floor. Crews tosses a chair in the ring, but Ziggler kicks the leg and connects with a hangman's neck breaker for two. Whip to the ropes and Crews comes back with a dropkick. Ziggler rolls out again, so Crews follows with a standing Asai Moonsault. We come back from commercial, and Ziggler is in control. Crews with a jaw-breaker and kick to the knee. Crews with a leaping lariat and enzuigiri. Standing moonsault with a chair across the chest, but that only gets two. Crews meets the post on a charge and Dolph rolls him up (with feet on the ropes) for two. Crews counters a Super-Kick with a modified Angle Slam onto the chair for two. Ziggler with a drop toe hold, sending Crews crashing throat first across the chair. Ziggler with an atomic drop across the chair, and that finishes at 5:24. *1/4 I still don't get the booking of this rivalry.

- WWE Champion Bray Wyatt comes out for his usual gospel. A.J. Styles is a normal man going up against a deity. He comes from a sacred place, where Randy Orton happens to be right now. Orton is at the Wyatt Compound, in the center of the Kingdom that he has the keys to. Orton says it's Bray's world, but it's not his. There was a time when he said if you can't beat them, join them, but he has another expression: If there's a right time, screw them. Orton says Sister Abigail was put to rest directly beneath his feet. He shows off a pick-axe (with ominous music increasing) and asks Bray how long it's been since maggots and worms have been eating at her flesh and bones. He knows Bray Wyatt fears what he can do, and he's going to burn the spirit of Sister Abigail. Soon, he will be the master, and Bray will be the servant. Orton tosses the axe and starts dousing the shed with gasoline. He's coming for Bray and the WWE Championship at WrestleMania. At this point it might turn into a forest fire. Orton finally strikes a match and sets the compound ablaze as the show comes to a close.

Final Thoughts: Not much wrestling, but a hell of a job delivering with everything else. Randy Orton finally (FINALLY) makes his intentions clear, destroying Bray Wyatt's world, but it was still second to the outstanding segment that opened the show with unlikely MVP, the Miz, elevating another angle that seemed destined to bore, with his spectacular promo abilities. Heck, even Ambrose/Corbin seems like an interesting feud going forward. With Orton/Wyatt back on for WrestleMania, where does this leave A.J. Styles? Notice there was no involvement from any of the tag teams this week, which makes their status for WrestleMania seem very much in doubt as even Kick-Off filler.