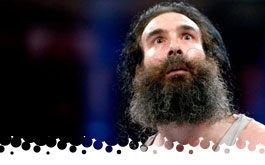 - Smackdown Live Episode #914 is live from the Citizens Business Bank Arena in Ontario, CA. Mauro Ranallo, John "Bradshaw" Layfield, David Otunga, and Tom Phillips are at ringside to perform various tasks, some better than others. Advertised ahead of time for tonight is a Battle Royal to determine a new #1 contender for the WWE Title at WrestleMania, a Falls Count Anywhere Match between Nikki Bella and Natalya, and WILL ALEXA BLISS GET HER TITLE REMATCH!?

- Daniel Bryan comes out to open the show. He's here to address one of the unexpected twists and turns on the road to WrestleMania, bringing out Women's Champion Naomi, who is sporting a knee brace. Unfortunately, she won't be cleared to compete within the 30-days that a Championship must be defended (one of the many loosely used rules... remember Brock's reign as Champ with 3 defenses in 9-months?). The crowd doesn't approve of her having to relinquish the Championship, and I don't approve of Bryan drawing comparisons of his own issues to Naomi's situation. Alexa Bliss comes out to bask in Naomi's suffering and demands the Championship be returned to her. Daniel Bryan won't just hand the title over. Instead, he's going to make a match tonight to determine the new Champion, between the only previous Smackdown Women's Champions in Smackdown Live history, Alexa Bliss and Becky Lynch.

I think it would be safe to assume that Mickie James costs Becky the match and title for a second time. Lockup leads to a shoving match. Becky catches a boot and rolls Bliss up for a one count. Bliss with a leg sweep, but Becky bridges out of a cover and takes her over with a back slide for two. Becky with an enzuigiri for two. Crisscross, Becky clips the ankle, possibly a botched spot, and grabs a front face-lock. Becky bridges up again for a battle of back slides. Whip to the corner, Becky with arm drags into an arm-bar. Bliss comes back, choking Becky across the rope and driving knees into the back for two. Bliss with knees to the midsection. Becky with an Exploder Suplex out of nowhere for two. Bliss rolls to the floor as we take a break. We come back with Becky hitting the diving forearm and springboard side-kick. Becky with another Exploder for a near fall. Becky with a missile dropkick for two. Bliss tries to escape, but Becky keeps pulling her back. Bliss with a shot to the throat behind the back of the referee, and a roll-up gets three at 5:19 (shown), making Alexa Bliss a 2-time Women's Champion. I guess my poor streak of predictions continues. Mickie James does come out to celebrate with her. She tries a sneak attack, but Becky fights her off. ** Decent match until the abrupt finish.

- Dean Ambrose, Kalisto, and The Miz with promos hyping the upcoming Battle Royal, with various levels of performance. Take a guess who was the weakest of the bunch and was met with groans from the crowd watching on the big screen.

- Renee Young is backstage with Natalya to hype the Falls Count Anywhere Match later in the show. Natalya calls her a phony that was created in a laboratory and is a poor wrestler.

(Chad Gable & Jason Jordan vs. Fandango & Tyler Breeze)
American Alpha are the reigning Tag Team Champions, but this is a Non-Title Match. Breezango attacks before the Champions can enter the ring and stomp a mud-hole in Jordan. The bell rings to start the match officially. Fandango hangs Jordan up to dry and Breezango with a double kick to the side of the head. Breeze with ground-and-pound and a leg drop for two. Jordan fights out of a front face-lock, but Breeze slows him with a knee to the midsection. Jordan lands on his feet to escape a double suplex and Gable gets the hot tag. He takes Breeze out with a clothesline, and the Sky-High Bulldog finishes Fandango at 1:47. American Alpha can't celebrate for long, with the Usos showing up in the crowd with live microphones to rain on their parade. Jey Uso might want to learn to enunciate better, because I couldn't hear what the heck he was saying half the time. Jimmy, on the other hand, just rants, although I think the gist is that the Usos are better than American Alpha.

- WWE celebrates black history month with a video on Jackie Robinson. Not to be controversial, but why only have African-Americans as the talking heads? Shouldn't using diversity to discuss the impact of these historical figures be a more impactful way to get across their importance than just one demographic?

- A.J. Styles comes across some random geek backstage to tell him he's on his way to being the Main Event at WrestleMania. Dolph Ziggler is a terrible heel, or at least whatever his character is supposed to be is terrible. He even Super-Kicks an awful green-screen! Mojo Rawley brags about winning battle royals before, but this time it's a chance to headline WrestleMania. Luke Harper is talking to his Eco-Friendly lightbulb about being free of Bray Wyatt and there's nowhere left for him to run.

Hopefully this concludes their feud that began back at Survivor Series. It was at Elimination Chamber where these two couldn't fight to a decisive finish. Nikki with a spear at the bell, sending Natalya running to the floor. Nikki catches up with her and lands a knee to the face for two. Nikki leaves the ring to pull out a table. Natalya with a baseball slide and puts it back. Nikki with a school boy on the floor for two. She whacks Natalya with a kendo stick, and I guess "Falls Count Anywhere" now means "No Disqualification." They fight into the crowd (or "take it into the WWE Universe"). Natalya teases a suplex off a barricade, but Nikki knocks her off and hits a Disaster Kick for two. The camera gets in tight enough to hear a conversation between them. Natalya rams Nikki's back into the post and steps for two. They tease using the announcers table, but that's not happening. Natalya with a shoulder to the midsection, but Nikki avoids a Powerbomb in another clumsy spot. Nikki with an Alabama Slam on the table for two. We come back from commercial, with Nikki fighting out of a Sharpshooter. Back to the outside, Natalya with a snap suplex on the ramp for two. They fight into a poorly lit section of the arena. Maryse shows up and gets taken out as an innocent bystander, with Nattie tossing Nikki into her. Nikki throws Natalya into a mirror for a near fall. Nikki with another spear for two. Nikki counters a Sharpshooter attempt with the Fearless-Lock (STF), but Maryse shows up and whacks Nikki with a lead pipe with some of the weakest blows I've ever seen (outside of Lance Storm's infamous chair shot) until Miz pulls her away. Natalya recovers and pins her at 10:40 (shown). ¼* This was way too long for the level of performance delivered, and the seeds are planted for the rumored Mixed Tag Match at WrestleMania.

- Diamond Dallas Page joins the list of 2017 Inductees, along with Kurt Angle, the Rock n' Roll Express, and Teddy Long.

- Baron Corbin, and Apollo Crews round out the field of participants in the Battle Royal with some last words about getting the chance to headline WrestleMania, followed by words from Bray Wyatt and his loyal follower, Randy Orton, who he again says has earned the "keys to the kingdom." I guess John Cena couldn't be bothered.

(Participants: John Cena, A.J. Styles, Dean Ambrose, The Miz, Luke Harper, Baron Corbin, Apollo Crews, Dolph Ziggler, Kalisto, and Mojo Rawley)
The roster depth for such a match really dips halfway into the list, but at least they aren't trying to put a bunch of scrubs like the Vaudevillains or Curt Hawkins in the match. Ambrose enters last and quickly targets Corbin. It quickly turns into a hugging contest in all four corners as the crowd seems to only care for A.J. Styles and John Cena, for now. Ziggler's Super-Kick on Cena misses badly, but he sells it anyway. Ziggler teases an elimination, as does the Miz. Harper and Corbin pair-up for an unlikely battle. Cena can't pick up Corbin for an AA. We come back from break with everyone but Corbin on the canvas. Mojo tries challenging his dominance, but gets dumped out at 3:51 (shown). Kalisto with the Salida del Sol to Ziggler and a sloppy moonsault to Ambrose. Kalisto with kicks to the head of Ziggler, but a Super-Kick eliminates him at 5:01. Crews with a roundhouse kick to eliminate Ziggler at 5:24. Ziggler responds by attacking Kalisto with a chair. Again. Find a new booking tool. EWR would disapprove. The distraction allows Corbin to dump Crews at 5:56. He grabs the chair and chases Ziggler off.

Cena and Styles trade blows while everyone continues to need medical help. Styles avoids an AA and hits Harper with a Pele Kick. More chaos leads to Ambrose nailing Corbin with the Lunatic Lariat. Miz sees himself in a prime position and decides to do his Daniel Bryan Tribute, and the mark crowd chants Yes with him. Cena interrupts the moment and throws Miz out at 8:10. We come back from another break, with Styles and Ambrose exchanging blows. Cena sneaks up and takes both over with a Super-German Suplex. Cena with shoulder tackles and a back suplex on Styles. Corbin interrupts the 5-Knuckle Shuffle with End of Days. Ambrose ducks a charge and Corbin is over and out at 9:41. Corbin pulls him out and hits End of Days on the floor. Miz sneaks back in and throws Cena out at 10:19! He tries to do his best impression of Shawn Michaels in the 2010 Rumble, but that had real emotion.

We're left with A.J. Styles, Luke Harper, and a laid out Dean Ambrose, dead on the floor. They tease eliminations until Ambrose wakes up and tosses both over, but both hang on to the top rope. Harper pulls Ambrose over to hang out with them, and a short slugfest ends with Ambrose being knocked off courtesy of a Luke Harper Super-Kick at 12:48. Harper goes for a suplex from the apron, but Styles lands on the opposite side of the ring post. Styles with kicks to the knee. Harper lifts him in a fireman's carry, but Styles counters with a sleeper hold. They find their way to the apron, again, with more teases. Harper ends up pulling Styles off the ropes from the apron, and both hit at 15:46... or so it was meant to be. Harper clearly didn't hit until after Styles did, but it's the tired "tie" in a Battle Royal we've seen way too many times before. Daniel Bryan announces things will be settled next week, and Harper takes his frustrations out on Styles via Discus Clothesline. Typical Battle Royal action, with storylines advanced with Corbin/Ambrose, the undercard geeks, and now Cena/Miz to pair with Maryse/Nikki.

Final Thoughts: The twists and turns on the road to WrestleMania are in full effect. They're piecing together the rumored mixed tag team match between Cena, Miz, and their ladies. I don't know if Baron Corbin vs. Dean Ambrose is making the card, but they'll probably work together up to and through WrestleMania. The Usos promo didn't do much to excite me about their reheated program with American Alpha, but the work should be fine. Will WWE be ballsy enough to do Harper vs. Wyatt vs. Orton at WrestleMania, risking the face getting the worst reaction of the match? The Women's Division seems to be in limbo at the top, with no clear challenger now for Alexa Bliss with Becky and Nikki preoccupied. The episode was fine, but leaves a lot of questions going forward, even with what answers we've received.