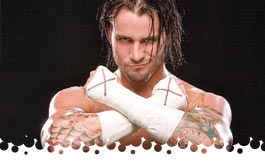 Last time in our re-visiting of the Royal Rumble... who cares. We’re at the end of the road, and we’ve got some rough years to get through. *Sigh*... Alright, last time in quest to present a rundown of every Royal Rumble, Rey Mysterio won it for Eddie and everybody hated it (the match and storyline, not Eddie), The Undertaker and Shawn Michaels were highlights of back-to-back so-so Rumbles in 2007 and 2008, the 2009 Rumble sucked a fat, wet one, and 2010 was probably the last great Rumble we’ve seen, with smart booking, limited crowding of the ring, and a great finish. Now... we move on... to 2011...

Rumble Match Rating: Seriously, of the first 20 or so entrants, only the Miz had enough credibility to win this thing. One of the weakest field of scrubs and geeks in Rumble History. The short list of believable winners could be counted on one hand, and all of them entered late. There was plenty to comment on here, which makes for some form of amusement, but that doesn’t make this a good rumble. Too much comedy and wasted spots on the JTTS Squad and "Legends" and very little good sequences and drama. Sheamus’ Rumble win lead to one of the most poorly-received Championship matches in WrestleMania history. [**]

Rumble Match Rating: One of those middle of the road Rumbles. It had some decent spots and sequences, but nothing that will crack the all time list, and nothing was actively bad, either. The ring suffered a bit too much from over-crowding, especially in the second half of the match, but a few key eliminations helped keep interesting during those lull moments. [***]

Rumble Match Rating: This wasn’t too bad of a Rumble, but the lack of Daniel Bryan and the crowd unwilling to accept anything else creates another scenario where there’s no helping the product because the work of the match is over-shadowed by the backlash of the audience. Bringing Batista back in this specific role was just a bad idea, especially when it was presented in such an obvious and predictable fashion. [**1/2]

Rumble Match Rating: What else needs to be said about this? Once Daniel Bryan is eliminated, the match hits the skids and never recovers. The crowd pops maybe 2 or 3 times the rest of the way, but each time is for such an insignificant amount of time that it gets lost in the sea of boos and indifference. I really like the first half, but its not good enough to save one of the worst halves of all time. [**]