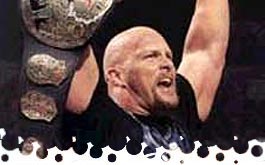 From Baltimore, Maryland. Our hosts are Jim Ross, Michael Cole, and Jerry Lawler.

Mr. McMahon power walks to the ring with something to say. He plans on forcing Stone Cold to wrestle in a tag team match later. But first, Vince gives a warm welcome to Dude Love, dressed up like a corporate suck-up. The Dude claims to be a well educated man, a lover of women, a leader of men, and a surprisingly good dancer for a big man. At Over The Edge, Stone Cold will learn what a tough SOB he is. The Dude thanks Vince for helping him find his smile again and they hug it out. Vince surprises Dude with Gerald Brisco and Pat Patterson as guest timekeeper and ring announcer for Over the Edge, stacking the deck against everyone's favorite rattlesnake. As if that wasn't enough, Vince builds up a mysterious guest referee, who no-shows his introduction. Vince leaves to look for the ref, while Dude and the stooges awkwardly stands around. Patterson announces the guest ref is The Best There Is, There Best There Was, The Best There Ever Will Be: Mr. McMahon! Vince struts back out in a referee shirt. Amusing, if long winded, opening segment.

Earlier today, D-Generation X ride their toy tank to Atlanta and try to get into WCW's office.

Kevin Kelly expects Stone Cold to appear behind a garage door, but instead it's Al Snow with Head. Snow has a ticket so he's allowed to be here. Snow and Head get into an argument and wander off.

Vader vs. Barry Windham (with James E. Cornette and The New Midnight Express)

Vader is back after a 3 month absence and takes it to Windham. Vader blocks a sunset flip, but Windham takes him down with a lariat. Back suplex by Windham, and he feeds Vader to the Midnight Express for some cheap shots. Vader comes back with a senton and then a big splash for 2. The Vader Bomb ends it at 2:05. I'd call this a squash, but really this was an average length match for the time, *.
Winner: Vader

Vader fights off the New Midnight Express, but retreats when Windham gets back up.

Stone Cold peels into the arena and Kevin Kelly is ready to nag him. He updates Austin with all of Mr. McMahon's announcements from earlier. Stone Cold is rightfully upset but claims Vince can do whatever he wants, he's keeping the WWF title. Austin rips the mic away from Kelly and storms off.

Hawk (with Animal and Sunny) vs. Skull (with 8-Ball)

An overly zealous ringside fan pats a DOA member on the head as he rides by, and that made me chuckle. Just thought you should know. This is supposed to be a singles match, but both teams brawl at the bell. Hawk finds Skull for a power slam, but Skull ducks a flying shoulder tackle. The ref yells at Animal and doesn't see DOA double teaming Hawk. Both guys go down with dual clothesline attempts. Backbreaker by Skull, but he leaps into Hawk's boot. Neckbreaker by Hawk, but he misses a head of steam through the buckles. DOA do the old switcheroo and 8-Ball pins Hawk at 2:29. Total snooze, DUD.
Winner: Skull

Meanwhile, DX continue terrorizing Atlanta. They're hanging out in the CNN building and police would like them to leave.

Edge is coming. He's so cool and mysterious.

Bradshaw tries to teach Taka Michinoku how to drive and smoke cigars. Taka puts the car in reverse by mistake, which puts a scare in Bradshaw. He orders him to drive away without killing anyone. They return later and get jumped by Kai En Tai.

Jeff Jarrett (with Tennessee Lee) vs. Faarooq (with Steve Blackman)

Jarrett is aggressive at the bell, but Faarooq clothesline him down. Jarrett flees the ring, but Blackman sends him back. Jarrett hits a swinging neckbreaker, and struts around. Faarooq answers with an atomic drop and clothesline outside. Blackman hits a pump kick and sends Jarrett back in. Faarooq plans a Dominator, but the Nation of Domination run in for the DQ at 1:51. Your typical nothing match to set up an angle, ½*.
Winner via DQ: Faarooq

The Nation put the boots to Faarooq while Jarrett beats up Blackman with a nunchuck.

WWF Champion Stone Cold Steve Austin makes his way to the ring to bring the crowd to life. He's not here to cry or complain about the deck being stacked against him, but he would like Vince to bring his little carcass out to the ring. Vince and the stooges appear on the big screen, they're too busy for him. They all play dumb about who Austin's partner and opponents are tonight. Austin brushes it off because they can't cover their @sses and he's coming for them.

Video compilation of Val Venis' various faux p*rno vignettes. He is "coming" to "penetrate" the WWF.

Sable can't believe Mero has let things go this far. Mero pulls the mic away and teases a TKO, but puts her down safely to remind her that he can knock her out for good. Luckily for Sable, Marc is a gentleman, and he'll let her off the hook with an apology. She refuses to apologize and kicks him in the manhood. Sable dishes out a powerbomb and takes off since the bell never actually rang. Mero throws a comical tantrum while Sable waves goodbye. I sure hope this is the blowoff, there's nothing more to be said or done.

The Undertaker attacks Jerry Lawler at commentary, no doubt upset with Jerry's recent rude comments about his mother. Taker hits a chokeslam in the ring and the fans love it. He prepares a Tombstone, but the lights go out to signal Kane's arrival. Paul Bearer announces that he can prove he's Kane's father and he'll do it NEXT WEEK! Kane summons the pyro, and takes off, leaving Undertaker to give Lawler a Tombstone for good measure. This was campy goodness.

Jim Ross is all alone at commentary so Al Snow makes himself at home. J.R. is worried that Snow will get himself in trouble, but Snow doesn't care because he recently tried to quit. The stooges and security arrive to remove Snow, who begs for a meeting with Vince. Snow slips away and plays to the fans with Head.

Meanwhile, in Atlanta, DX are back on the toy tank, feeling their mission is complete. They tell CNN and WCW to s*ck it, and fire at the building with a little help from cheesy late-90's computer special effects.

DX have miraculously made it to Baltimore in time and grace the arena crowd with their presence. They get a LOUD mixed reaction from the live fans. X-Pac brags that WCW tried to throw them in jail, but here they are. X-Pac talks directly to Eric Bischoff, claiming he never wanted an apology and will never kiss anyone's @ss. Okay, then. Road Dogg and Triple H take turns doing their typical microphone shtick. Owen Hart interrupts, and even though he's in the Nation of Domination, he still hates Triple H and wants to kick his @ss. Hart isn't alone and brings out the rest of the Nation with him.

European Champion Triple H (with DX) vs. Owen Hart (with The Nation of Domination)

Jame E. Cornette has joined commentary. The dynamics here are crazy, as this is popular heel Triple H vs. righteous heel Hart. Owen enjoys a hot start, and hits an atomic drop and suplex. Triple H answers with a facebuster. HHH is still wearing a CNN press badge and serves up a piledriver. Owen hits a desperation DDT for a breather. Owen hits a blatant low blow, neckbreaker, and flying elbow for only 2. The Nation score some cheap shots, and Owen hits a piledriver for another 2 count. Triple H ducks a spin heel kick, Owen answers with an enziguri. They fight on the top rope until Owen gets tripped. DX and the Nation have a standoff that spills into the ring. Sgt. Slaughter shows up in a futile attempt to restore order. The match is presumptuously thrown out at about 7:18. They were having a good match until the Russo finish, **.
No Contest

TAFKA Goldust comes to the stage and sets the Goldust costume ablaze in a trash can. Dustin Rhodes says he's worked too hard for the past two years to lose the dignity of his family name. He hopes Mr. McMahon is watching. Well, this wouldn't last, but nice try.

Yamaguchi-San distracts on the mic while Kai En Tai sneak up from under the ring. Kai En Tai enjoy the numbers game, Togo hauls Funk to ringside, while Teioh and Funaki work Scorpio over in the ring. Scorpio fights off a 3 on 1 situation with suplexes and powerbombs. Scorpio misses a moonsault and eats a triple dropkick. Funk invades the ring to clean house without a tag. Funk is unable to apply a proper spinning toe hold and falls to the numbers game. Bradshaw and Taka Michinoku run in to draw the DQ at 3:13. Dumb match, ¼*.
Winners via DQ: Terry Funk and 2 Cold Scorpio

Bradshaw and Taka chase Kai En Tai into the crowd. Taka will be joining Kai En Tai sooner than later.

Al Snow tries to negotiate his way back into the arena, but he lost his ticket. Head must have lost it.

IC Champion The Rock leads the Nation to the ring. Rock is ready to reignite the fire between him and Stone Cold, which obviously indicates that the Nation are Austin's opponents, but commentary is slow to figure this out.

The Nation of Domination (IC Champion The Rock and D'Lo Brown) vs. WWF Champion Stone Cold Steve Austin and Vince McMahon (with The Stooges)

Austin is dumbfounded by the revelation that Vince is his partner. He doesn't let it get in the way of kicking The Rock's @ss at the opening bell. Rock shakes off D'Lo and chases Rock up the ramp for a clothesline. Austin suplexes Rock back into the ring for 2. D'Lo tags, but Austin welcomes him with a Thesz Press! D'Lo throws Austin over the ropes, where Patterson gets a cheap shot. Austin looks finished, but he gets up for a clothesline on Rock, but Rock answers with an Irish whip into the steps. Rock hits the Peoples' Elbow for 2. Austin escapes a chinlock and puts Rock into a sleeper. Vince distracts the ref while D'Lo breaks up the sleeper. D'Lo hits a flying elbow for 2. Rock tags and puts Austin into another chinlock. Stone Cold escapes, and he and Rock go down with double clotheslines. D'Lo casually interferes with a leg drop, but misses a Lo Down! Austin considers a tag, but flips Vince off instead. Austin finds his second wind to make his own hot tag and clean house. Stunner on D'Lo! Austin throws D'Lo out, and Vince attacks him with a clothesline! Vince and the Stooges gang up on Austin, but the rattlesnake fights them off, at least until Dude Love runs in! Dustin Rhodes arrives for the brawl, and it's absolute chaos as the show goes off the air at 8:57! Austin was shining bright as a world-conquering babyface up against impossible odds, ***.
No Contest

Final Thoughts: This was a highly entertaining 2 hours of Attitude Era greatness and campiness. It's easy to see why this show was a ratings winner that appealed to a wide audience in 1998. Obviously, this show isn't great by modern standards, but what we do know anyway?