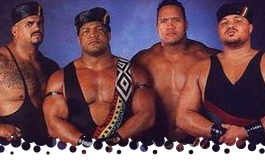 From the Tucson Convention Center in Tucson, Arizona. Our hosts are Jim Ross, Michael Cole, and Jerry Lawler.

Kevin Kelly hosts Stone Cold Steve Austin in the ring to discuss Vince McMahon's disapproval of him. Austin refuses to let Vince mold him in any way and promises to keep doing whatever he wants. Austin says he respects Shawn Michaels as a professional wrestler and that Wrestlemania will be his toughest match yet. Kevin wants to know what Austin will do if DX arrives in full force. This offends the Rattlesnake, but he'll cut him some slack. Sgt. Slaughter joins them to announce that Austin will be in action tonight (against The Rock) , per the orders of Mr. McMahon. Austin isn't thrilled but agrees to the match. Slaughter adds that if Austin refuses the match, his match at Wrestlemania will be non-title. Austin rightfully loses his temper at this blatant disrespect and puts Sarge down with a stunner.

Cactus Jack and Chainsaw Charlie vs. The Quebecers (Jacques and Pierre)

Pierre locks up with Cactus and hits a shoulder block. Cactus arm drags Pierre off the top rope for 2. Jacques' interference doesn't work, and Cactus and Charlie clear the ring. The New Age Outlaws, dressed in tuxedos, bring the dumpster out onto the stage. The distraction lets the Quebecers take control of Charlie. The Outlaws set up a formal dinner table and have some inflatable toys as dates. Cactus gets a hot tag, so Billy Gunn runs in to attack him in front of the ref for the obvious DQ at 3:50. This wasn't really a match, but another effective angle to set up the dumpster match, ¼*.
Winners via DQ: Cactus Jack and Chainsaw Charlie

The Outlaws smash their mini table through Charlie's skull. They unload with chair shots to really drive the point home ahead of Wrestlemania.

They skip the feeling out process and go straight to trading back and forth shots. Jarrett counters with a messy back suplex. Swinging neckbreaker by Jarrett, who flexes for the camera. Blackman rallies and hits a backbreaker. Lee grabs Blackman's leg to block a superplex and holds it down while Jarrett gets the cheap pinfall at 2:30! This was efficient, yet clunky, ¾*.
Winner: Jeff Jarrett

A second official tells the first official what happened, so Jarrett knocks them down. Blackman drops Jarrett and chases Lee back to Nashville.

DX and Mike Tyson arrive in a limo and are in good spirits.

Undertaker cuts a promo from the heart while hanging out in a graveyard.

Paul Bearer and Kane come to the ring to poke the Dead Man bear some more. Paul is sick and tired of Undertaker crying about his dead parents. Kane summons lightning to blow up some light fixtures. Paul points to commentary, and Kane summons more lightning to blow up Kevin Kelly! Next, Kane blows up one of the production crew members. Kane sends lightning to another crew guy and sets him on fire. The crowd doesn't quite seem to know how to respond to this supernatural angle.

DOA get a hot start and hit Bart with a spinebuster. Less than a minute in, The Headbangers arrive to start trouble with Cornette. Bart recovers with a delayed suplex, but the attention is on the Rock N Roll Express arriving. Bart's Atomic Drop sets up Holly's lariat, but now the Truth Commission and Los Boricuas join the standoff at ringside. They're all here to tease an undercard battle royal at Wrestlemania, so I'm ready for a mass brawl to end the match at any second. The Quebecers show up too, and everyone finally starts fighting and enter the ring. The match is thrown out at 3:35. I'm not a fan of having a bunch of guys imitate a battle royal on TV as a means to make me want to see a battle royal on PPV, DUD.
No Contest

It's time for Warzone. This week, I'm glad the show is already half over.

D-Generation X (WWF Champion Shawn Michaels, European Champion Triple H, Chyna, and Mike Tyson) come to the ring to talk us into buying Wrestlemania. Triple H welcomes us to "the show that never ends" and I wonder if he's referring to Raw 2012-present. He congratulates himself for destroying Owen Hart's bad leg with a calf killer and reclaiming his European title. If Owen is smart, he'll milk his injury for all it's worth and skip ‘Mania. Triple H hits on the women with desert puns. Shawn Michaels notices a woman with “DX” on her chest, and asks if she has “two nipples for a dime?” Wow. 2021 social media has informed me that world champions don't crack jokes, so color me confused. Shawn resents Mr. McMahon for preemptively complaining about Austin as champion, because the WWF title is staying around his waist. HBK Is the same age as Austin and has been doing this longer, and he's the greatest WWF Champion of all time. Oh, and he has Mike Tyson on his side, so Stone Cold doesn't stand a chance. DX will rule the Federation forever! Once this got down to business, this was a blockbuster promo by the champ. I'd almost be willing to pay 30 bucks to watch Wrestlemania 14 right now, and it's a show I've already seen a bunch of times.

Gennifer Flowers says it's okay to be a WWF fan. Thanks, Gen!

Faarooq is going it alone, likely to prove a point to The Rock. He aggressively goes after Chainz, but his hip toss is reversed, and Chainz builds steam with a power slam. Faarooq answers with a flying shoulder block. An uninvited Rock shows up with a chair. Faarooq's power slam gets 2, so he applies a chinlock. Chainz breaks free with a jawbreaker, but Faarooq dodges his elbow drop. The Rock ends up entering the ring and hitting Faarooq with the chair “by accident.” Well, that earns Faarooq the win via DQ. Another nothing match that only served to advance outside angles, ½*.
Winner via DQ: Faarooq

The NoD check on Faarooq while Rock lazily justifies his actions.

The Rock N Roll Express are hanging out in the front row. Bradshaw absolutely tears through Windham at the opening bell and sends him into the ring steps. Windham comes back by whipping his jacket. Bradshaw blasts Barry in the face and pummels him into the buckles. Bradshaw runs into Windham's DDT. Back suplex by Windham, but the focus is on Cornette arguing with the RnR Express. Bradshaw pulls the tights to win via roll-up at 3:04. Cheating babyfaces are the best, ½*.
Winner: Bradshaw

The New Midnight Express help Windham beat up Bradshaw. Cornette declares them to be the real NWA.

Kevin Kelly hosts some sort of award ceremony for the hottest Raw Magazine cover or something, I don't know. Vince Russo gives Sable the award, for making the January issue very special. Ah shucks. Sable thanks the fans, but her speech is cut off by Luna and TAFKA Goldust. Luna steals Sable's plaque and beats her with it. Marc Mero is useless to stop her and Sable's gown gets ripped. Thankfully, Russo is a gentleman and covers Sable with his jacket. Sable does an admirable job selling a head injury.

Stone Cold Steve Austin vs. WWF Intercontinental Champion The Rock (with The Nation of Domination)

These guys would main event 2 out of the next 3 Wrestlemania's, but here they're locking up with 2 hours' notice. Rock's status would obviously change dramatically between now and March 1999. Rock works a headlock and then hits a shoulder block. DX can be seen watching backstage. Austin fires back with punches, but Rock clotheslines him down. They slug it out, and Austin nails a Thesz press. Rock blocks the Stunner and retreats. Austin hits a flying clothesline onto Mark Henry, and meets Rock at ringside. Rock pleads for mercy, but Austin stomps a mudhole into him anyway. Austin lets Kama and D'Lo distract him, and Rock ambushes from behind. Austin is in big trouble as they take a commercial break. They return with Rock shaking off Austin's sleeper. Scoop slam by Rock and then the Peoples' Elbow. Rock works a chinlock, but Austin quickly escapes. Knee lift by Rock, and another scoop slam. Rock gives double middle fingers and misses a second Peoples' Elbow. Austin hits a series of punches and nails the Stunner to win at 8:27 (shown)!. Good match, and nice preview of the the epic matches they'd have later on, ***.
Winner: Steve Austin

DX come out onto the stage. Austin is ready for a fight. Michaels marches to the ring, but gets held back by Triple H.

Final Thoughts: The first hour was kind of lousy, but once Warzone kicked in, we got a red hot DX promo and a good match between Austin and Rock. As a “go home” show for Wrestlemania, this was a rousing success.