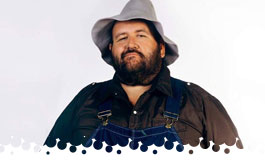 - Hosted by Vince McMahon and Bruno Sammartino, taped on February 18th from the Mid-Hudson Civic Center in Poughkeepsie, NY. This week, we've got the Super-Team of UNCLE ELMER AND GEORGE STEELE. Who cares what else there is, my brain is broken from hearing that wonderful news. After 72 hours of constant medical surveillance, I can tell you that we'll also see the Killer Bees, "the newly crowned Intercontinental Champion" The Macho Man, and MORE.

Adonis has the streamers, ribbons, heavy makeup, and leg warmers on. All he needs is a dress, and we've reached peak "ugh" period for the Adorable gimmick. Adonis bum rushes Gripley and puts the boots to him. Snap mare out of the corner and Adonis drops an axe-handle smash. He tosses Gripley out of the ring and slams him on the concrete floor. Sammartino with the back-handed compliment that Adonis moves around very well for being so out of shape. Back inside, Gripley powers out of a piledriver attempt and covers for barely a one-count. Adonis regains control, slapping Gripley around and no-selling all Gripley's punches. He rakes the eyes across the top rope and finishes with the DDT at 3:17. McMahon claims Adonis' name for the move is "The Graham Cracker." 35 years later, Michael Cole uses that same dialogue, so we know who passed on the knowledge. Longer than usual for Adonis, but still a fun squash. I have a feeling Adonis won't be using that finisher much more moving forward.

- Lord Alfred Hayes is standing by with this week's "Update." WrestleMania 2 takes place on April 7th, and from Chicago's Rosemont Horizon will be an OPEN INVITATION 20-Man Battle Royal. William "The Refrigerator" Perry of the Chicago Bears was the first man to sign up. Also, on the list of participants: Big John Studd, Ed "Too Tall" Jones of the Dallas Cowboys, Ted Arcidi, Jim Covert (also of the Chicago Bears), The Iron Sheik, Bill Fralic of the Atlanta Falcons, "Mr. USA" Tony Atlas, Russ Francis of the San Francisco 49ers, "Wrestling's Living Legend" Bruno Sammartino, retired Footballer Harvey Martin, and of course, ANDRE THE GIANT. Remember to mark this red-letter day in our calendar. "Too Tall" Jones would end up in a special referee role but continued his football career through the 80's, so who knows what happened. Ernie Holmes (most notably played with the Pittsburgh Steelers), retired way back in 1978, was added to the list of Football alumni.

Bradley looks like a guy who's driving a van with tinted windows trolling the playgrounds. The Bees get a decent pop, but they're clearly behind the British Bulldogs on the depth chart, so you feel for them a little bit. Blair starts, bringing Bradley down with a drop toe hold. Brunzell with a side headlock takeover. Bradley escapes, only to get caught in another headlock. McMahon says Brunzell could do well in the Slam Dunk Contest. I'd be surprised if Vince even knew a thing about the NBA without notes written for him. Mr. X comes in and Brunzell fights off both geeks himself. Whip to the corner and Blair with a monkey-flip, followed by a victory roll for two. Whip to the ropes and the Bees with a double elbow. Brunzell with a running high knee and Blair wit an abdominal stretch cradle for three at 3:09. Was Mr. X unwilling to take bumps or what? Bradley, for all his years of experience, NEVER LOOKED GOOD.

- WrestleMania 2. WHAT THE WORLD IS COMING TO. Monday Night, April 7th, coming from three locations and available via closed circuit for the rest of the shmucks in the country. For those wondering "why Monday?", more than likely it had to do with being able to sync three cities in big markets for the same date in respectable buildings, and that was the best choice presented to them. We now know the Bulldogs challenging for the Tag Team Titles will take place in Chicago's Rosemont Horizon.

KILL ME. PLEASE. I feel bad for Thornton, he can wrestle, and he's stuck in there with all these dweebs. Luke comes out on a crutch, showing the Hillbilly curse is alive and well. Surprisingly, no Hillbilly Jim, but he's there in spirit via his theme music. One of my favorite things about revisiting these old episodes is the random teams we would get, and damn if this isn't the leader of the pack. Albano and Elmer dance. Bruno says Albano looks like a drunk JYD. BRUNO WITH THE SNARK. They somehow trick the Animal into joining, although he looks miserable in doing so. McMahon credits the Hart Foundation for Luke's injury. Elmer starts, shoving Mirto to the canvas. McMahon compares Luke's injury to JOE THEISMANN. I doubt that very much. Mirto grabs a waist-lock and that doesn't go well for him. Thornton tries his luck. Thornton and Mirto work Elmer over in the ropes until the Animal makes the save. Elmer crushes Mirto with an avalanche and Steele finishes with the elevated hammerlock at 2:13. Not as awful as I hoped it would be.

- "Mean" Gene Okerlund is standing by to hype WrestleMania 2.

I don't know why it mattered to me, but I was interested to see how old Stetson was here, as he looks like he should still be in High School. I guess he gained a little bit of fame working for ECW, but that's all the talking points I have. Oh, and he was 26 here. Fooled me. One of Savage's first appearances since winning the Intercontinental Title on February 8th. Savage attacks Stetson before the bell, hits the hooking clothesline, and finishes with a flying elbow across the back at 0:19. Nice of Stetson to roll out of position, but Savage committed to the finish. He even wore his sunglasses for the duration of the match. Post-match, George Steele returns to ringside with flowers for Elizabeth. Savage doesn't take kindly to this and comes off the top rope with a double axe-handle. He throws the Animal into the ring, traps him in the ropes, and smacks him across the face with the flowers. "I guess the Macho Man has had enough of the Animal romancing Elizabeth." NO SH*T. Albano comes out to free Steele from the ropes and he gets a bit of revenge, sending the crowd into a frenzy. Savage bolts but makes sure to pick up Elizabeth on the way, not stopping for a fraction of a second in the process.

- Roddy Piper comes out for this week's edition of Piper's Pit, escorted by two women. Piper claims they are fans of his and want the privilege of meeting the Tag Team Champions, Brutus Beefcake and Greg Valentine. They cut a generic promo on the British Bulldogs. Bob Orton gives one of the ladies his cowboy hat, and the other the Hotrod shirt off his back. Valentine generously lets them pose with his championship belt. WHAT WAS THE POINT OF THIS? I honestly expected a racially fueled reasoning from Piper to build heat for the match with Mr. T, but we got nothing like that.

- Jesse "The Body" Ventura is standing by with a "Special Report" for WrestleMania 2. Highlights of Roddy Piper and Mr. T from separate WrestleMania 2 press conferences. Mr. T will have Joe Frazier in his corner for the match. T also has a rubber chicken dressed up like Piper that he assaults. Even in 1986, Mr. T can't stop talking about his mother (and eating Mr. T cereal. I liked the product placement in Pee-Wee's Big Adventure better). Bundy reminds us he set the record for the quickest fall in wrestling at last year's WrestleMania, and he's leaving WrestleMania 2 with the Heavyweight Title.

Smart money has Jim Powers taking the fall. The Sheik is scheduled to compete in the WrestleMania Battle Royal, but Nikolai Volkoff isn't on the card yet (or his match is being poorly promoted). McMahon would rather hear Volkoff sing the Soviet anthem instead of Cara Mia. Corporal Kirchner wanders to ringside with Old Glory in hand as Poffo recites one of his poems, running down Sheik and Volkoff's anti-USA attitude. The Sheik attacks and nails Poffo with a clothesline. The poor guy hasn't even removed his jacket! Whip to the ropes and Sheik with a shot to the throat. Volkoff assists Poffo in removing his gear and pounds away. Whip and Volkoff with a knee to the midsection. Poffo fires off a series of right hands but Volkoff won't bump for a hip toss. Powers tags in, throwing more rights. Volkoff cuts him off with a rake of the eyes. Sheik takes Powers over with a back body-drop, followed by a gut-wrench suplex. Volkoff with a takeover into a cover for two. Sheik with a back suplex and the Camel Clutch to finish at 2:55. Poffo gets tossed over the top rope, but he skins the cat and tries to fight back, only to get double-teamed and tossed out again.

- "Mean" Gene hypes WrestleMania 2. "Macho Man" Randy Savage defends the Intercontinental Title against George "The Animal" Steele, a.k.a. "The Freak of Nature" (according to Savage himself)! Corporal Kirchner faces Nikolai Volkoff in a Flag Match! The Junkyard Dog and Tito Santana face Terry and Hoss Funk!

- Next Week: A quick graphic flashes with JYD and Steamboat vs. The Funk Brothers. That match did not take place, nor was it mentioned by McMahon or Bruno. In fact, nothing was promoted by them for the episode. Unfortunately, it seems to be the only episode from the year not to be preserved by collectors, as my set for the year is missing this one, and I haven't seen it available elsewhere, except for about 9-minutes of content, which I'll add here as a "bonus."

From the March 22nd episode of Championship Wrestling, part of the limited footage of that episode available online, and the in-ring debut of Roberts. Jim Young almost passes off as a mid-80's Kenny Omega. Rita Marie is our referee, 30 years before WWE had their first "full time female referee." Roberts comes to the ring with the ominous green bag. McMahon says he hopes we don't find out what's in the bag. Young gets an opening flurry of offense, sending Roberts out of the ring. Back inside, Roberts nails Young with a short-arm clothesline and knee down across the chest. Whip and Roberts with a boot to the midsection, followed by a knee lift. C-List celebrity Cab Calloway cuts a promo on WrestleMania 2 as Roberts finishes with the DDT at 1:49. Post-match, Roberts reveals there's a giant snake in his bag (listen to the shriek of the crowd) and lays it across Young's body.

Final Thoughts: Thanks to the mash-up of two weeks-worth of content, we know pretty much the entire card for WrestleMania 2. The three Main Events are obvious, but we can see that the Tag Team and Intercontinental Title defenses are the next most important matches on the lineup, with everything else just kind thrown out there for the sake of filling things out. Even Kirchner vs. Volkoff, which has had build for several months, seems like a throwaway match at this point, announced without any fanfare or direct interaction. What we haven't been subjected to (yet) is the long, long list of barely-celebrities that the WWF will have on hand.