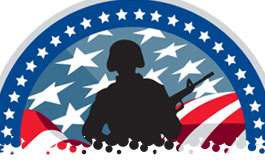 - Another year has come and gone, and unless I feel highly motivated to sit through an episode of Main Event or Superstars, this marks the last recap of the WWE product for the year 2014, with the exception of my “Best and Worst of the Year” column, of course. I actually sat through SmackDown Live as part of the WWE Week on USA special, and holy crap, was it so uninspired and completely void of interesting content, I barely could sit through what was likely a good match between Dolph Ziggler and Seth Rollins.

- Taped on December 9th from Columbus, GA. Michael Cole and John “Bradshaw” Layfield are calling the action, unless otherwise noted. Quick heads up: I’ll be (mostly) ignoring all the random Celebrities or D-Listers, not out of disrespect, but because it’s what we all can imagine: Thank you for your dedication to our country, putting your lives on the line, and being the heroes we all dream of being.

- THE IMMORTAL Hulk Hogan is in the house to thank the Troops… until he’s interrupted by The Miz. And Mizdow. I never thought I’d lump these three into the same segment. He cuts a promo about being honored playing a Marine, and now John Cena is here. I was tempted to type “The Champ is Here”, but… you know. I’m trying my hardest not to be a smart-ass or negative Nancy. Cena reminds Miz he’s at an ARMY base. Off-topic: How long has Cena worn the red-and-yellow motif? Cena and Miz go back-and-forth while Hogan hangs out in the corner. Miz tries a cheap shot, but Cena fights him off. Mizdow waits until after it’s all done to do his routine.

Think the segment is over? Nope. Here’s Seth Rollins, No-Longer-Corporate Kane, J&J Security, Luke Harper, and The Big Show to circle the ring. Hogan takes out Noble and Mercy with rights while Cena gets ganged up on. How dare he be so selfish as to go for the easy targets and leave Cena 4 on 1 with these monsters! WrestleMania 31 Dream Match, book it! Dolph Ziggler, Ryback, and Erick Rowan run out to make the save and throw Big Show over the top rope, because why the hell not?

Goldust and Jey Uso start. Lockup and Goldust tosses him to the floor. Jey pops right back in and levels Goldie with a clothesline. Stardust tags in and quickly grabs a headlock. Whip to the ropes, a series of counters leads to a funky dance from the even-more-bizarre Stardust. Whip to the corner, Jey avoids a charge and plants him with a slam. Jimmy tags in and connects with a rolling senton for two. Lockup into the corner, allowing Goldust to sucker punch him from the apron. Goldust misses a charge, and now it’s Jimmy’s turn to dance. He tosses Goldust to the floor, and then a double clothesline sends Stardust out, as well. They hit the ropes, and it’s a double suicide dive from the Uso’s as we take a quick break. We return with the Uso’s still in control. Stardust pulls the ropes down on Jey and puts the boots to him. Jey quickly escapes a chinlock, but an uppercut from Stardust puts him back down. Goldust with a short-arm clothesline for two. Jey fights back and makes the hot tag to Jimmy, who unloads on Stardust with rights. Samoan Drop and running butt to the face. Leg whip heel kick to Goldust, and Jey follows him to the floor with another suicide dive. Stardust with the Disaster Kick on Jimmy, but it only gets two. Jimmy catches him coming with an elbow, and comes off the top with a corkscrew moonsault for two. Stardust sets up for the Cross Rhodes, but Jey interrupts with a Super-Kick. Super-Kick to Goldust, and the Uso’s with a simultaneous double splash for the three count at 10:41. *** Solid wrestling and standard formula tag match. These two teams have worked so much together, so it shouldn’t come as much surprise.

- Florida Georgia Line performs “Anything Goes”. I’m not a big fan of Country, but I’m not minding it, and it’s not like we’re wasting time at WrestleMania, it’s Tribute To The Troops, a night to have fun and not look for little things to complain about.

(Participants: Nikki Bella, Brie Bella, Paige, Alicia Fox, Naomi, Natalya, Emma, Summer Rae, Rosa Mendes, Cameron)
I wouldn’t be surprised finding out this is a yearly tradition, but I don’t have the time to look it up. As long as I can my Paige fix, I’m good. Emma dances and fools around with Rosa’s outfit, so Rosa steals her hat and dumps her at 33-seconds. She dances to celebrate, prompting Summer Rae to dance, too. I think I’ll take Rosa in this instance. Everyone gangs up on them and they’re both eliminated at 1:10. Cameron is busy admiring herself, so Naomi takes her compact, tosses it aside, and tosses Cameron out at 1:35. Paige’s black santa hat rules, by the way. Bella’s double team Alicia and roll her out at 2:10. Paige hangs out on the apron, straddling the post, avoiding the Bella’s. She offers a kiss under the mistletoe and kicked off at 2:47. Nikki tosses Naomi, but she hangs on. Brie misses a baseball slide, eliminating herself at 3:42. Naomi sneaks back in, and pushes out Nikki and Natalya for the win at 3:49. Short, inoffensive, and fun spots. I didn’t expect much, but they looked like they were having fun with it.

- Sgt. Slaughter tells us that the Boot Camp Match is NEXT!

Hopefully WWE won’t dig deep and find new ways for their Wile E. Coyote to lose a match. After the exploding/short-circuited television spot that killed TLC…S even more dead than it already was, I can’t imagine anything that can realistically top it. Slugfest to start. Ambrose slams a Military backpack into Wyatt’s midsection and connects with a running dropkick. Wyatt comes back with good old fashion eye raking and choking. He plants Ambrose with a slam, but gets interrupted in the corner and taken down with a running bulldog. Wyatt rolls to the floor, and Ambrose follows with a suicide dive. Ambrose takes advantage of some of the provided props before digging under the ring for a bunch of chairs. The crowd wants Tables, Dean! Wyatt pulls a kendo stick out of nowhere and smacks Ambrose over the head with it. Whip to the ropes and Wyatt clotheslines him with the stick for a near fall. Ambrose tries fighting back, but gets thrown face-first into a chair as we take a break.

We return, with Wyatt in control of a chinlock. Ambrose fights free with fists to the midsection, but gets nailed with a kendo stick assisted body lunge from Wyatt. Ambrose gains control of the kendo stick and we have a stare down. Ambrose unloads with shot after shot with the Kendo stick and takes him down with the White Russian Leg Sweep. He climbs the ropes with chair in hand and hits a second rope elbow drop with it for two. Ambrose gives crazy face and pulls out a table. Is he going to trip and throw himself through it? Bray pops up for his Spider-Walk as Dean sets it up… and slams him through with a uranage FOR TWO! Holy crap, they almost did it again. Wyatt pulls out another table and trash talks Slaughter. Ambrose with a surprise roll up for two. Wyatt knocks him into the ropes, and he comes back with his awesome clothesline for another two count. Slaughter passes him his “steel toed” boot, and proceeds to nail Wyatt with it. He lays him across the table, climbs the ropes, and puts him through with an elbow drop for the three count at 14:36. Ambrose won!? *** Slow-ish at times, but satisfying with fun plunder spots. WWE’s tables sure do break awkwardly these days.

- Reigning US Champion Rusev and “The Ravishing Russian” Lana come out to tell us how much better they and Russia are, and that Americans stink. Out of nowhere plays the familiar Ride of the Valkyries, and it’s DANIEL BRYAN! If Rusev doesn’t like it here, then he can go back to Russia. TELL HIM, STEVE DAVE! Bryan leads several soldiers in a sequence with two hopping the wall and two repelling from the ceiling. Rusev stands tall before walking away as the crowd chants USA. Fluff segment, but it’s always nice to see Daniel Bryan. Before anyone suggests, I wouldn’t call it Rusev playing cowardly heel, just “why should I bother” heel douche-ness.

- Florida Georgia Line performs again, this time it’s “This Is How We Roll.”

- Team Cena is backstage. Cena has a paper in his hand, with “Game Plan” written across the back… stop laughing, it’s not funny.

Who doesn’t love an Eight-Man Tag Match? Thankfully all entrances are cut out, except for the conclusion of one… Ryback. Nope, it wasn’t Cena, as I was expecting. Ryback and Rollins start. Lockup to the corner, Rollins escapes a tight situation and puts the boots to him. Ryback no-sells, rams him into the opposite corner, and drives a series of shoulders to the midsection. Rowan with a big slam and splash for two. Ziggler with a neck breaker and elbow drop for two. Harper tags in and is instantly taken over by Ryback with a delayed vertical suplex. Harper goes to the throat of Ziggler and tags Rollins back in. Rollins fights out of a neck breaker, but ends up taking a DDT, instead. Chaos erupts all over the ring area. Rollins takes control during all the confusion, and we take our last break.

We come back, with the Big Slow working Ziggler over. Please, just fucking retire. Cole laughably claims Big Show is having a career “rebirth.” What would that be, his 87th rebirth? Kane tags in as we’re reminded of his latest accomplishments: beating up Adam Rose’s bunny. Kane with his signature side slam for a two count. Rollins taunts Cena before going back to punishing Ziggler. Ziggler from out of nowhere with the Fameasser, and it’s hot tag time to Cena. He comes off the ropes with shoulder tackles and a back suplex on Harper, followed by the Five-Knuckle Shuffle. He goes for the AA, but Rollins interrupts. He slaps on the STF, but Kane interrupts now. Rowan wipes him out with a spin kick. Rollins with the flying knee. Ryback tosses him onto the pile of bodies on the floor. Big Show with the Chokeslam. Ziggler with a super-kick and Cena with the AA! AA to Harper, and it’s all over at 13:27. Cena Wins, LOL… in this case, I’m cool with it. ** Throw-away match, which is what everyone should’ve expected. Also to no surprise, Ziggler worked the majority of the match.

Final Thoughts: Just like any other year, you’re not going to find any angle development or title changes, just a handful of matches and interviews putting over the United States Military. The wrestling was better than I expected, and the Diva’s Battle Royal was surprisingly fun. It’s stuff like this were throw-away nonsense is allowed. Someone should figure that one out when it comes to putting together format sheets every week for Raw and Smackdown.