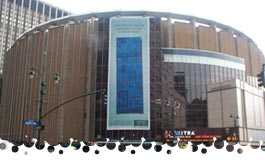 This card was historic because it was the FIRST live show broadcast by the WWWF on national television (HBO), and that obviously makes it important. The match ratings are as follows:

Setup: The pudgy and embarrassing jobber Lee Wong needs an asskicking and Hall Of Fame heel Lanza is the man to do it.

Match: If jobbers in the 70s were ANYTHING like Lee Wong, then they really do need a beating. Lanza starts off early with clean breaks off the ropes, before letting loose with a brutal assault that his flabby opponent can barely withstand (including using Wong's flipflops as a weapon). Wong's sole offense is a couple of chops late into it, but Lanza nonetheless beats him pretty bad before finishing him with a clawhold.

Result: Lanza via submission at 5:05
Rating: 1 (Okay) Good, solid jobber destruction like the old days used to have.

Setup: Any fruitcake that walks around wearing a mask with his face totally exposed needs to be beaten down hard. Match: Like Wong, Olympico is flabby and ill-defined in his physique, but at least gets more offense than the latter, including several dropkicks. The good Professor is a LEGENDARY badass though, and takes most of it in stride, including winning a psychological edge by spreading salt in each corner very slowly prematch, though an apparent superfan named "Mrs. Krieger" seems to delight in wiping it away. Olympico's terrible physical conditioning is made apparent when he tries to bridge out of a Tanaka move and falters, and finally Tanaka finishes him with an oh-so-light chop to the esophagus that puts his opponent down for good.

Result: Tanaka via pinfall at 9:34
Rating: 1 (Okay) Like the opener, good solid jobber destruction with a bit higher workrate.

Setup: Apparently the manager Albano attacked Monsoon from behind on TV, splitting him open and leaving him hungry for revenge.

Match: Damn, Monsoon was a big mudderfugger back in the day. Huge. Short, but very entertaining bout that sees Albano (a lot thinner than we remember him) get a lot of mileage out of the eyerake, before Monsoon opens up on him, causing the Captin to stumble around as if he were drunk (which he probably was). Finally, Albano gets busted open and takes a bump over the top rope before he runs back to the locker room and that's all she wrote.

Setup: These two had been feuding up and down the West Coast, and have now brought their rivalry to MSG.

Match: McMahon calls Rivera "incomparable" as he enters, but this bout may have been the most solid of the night. Good exchanges, back and forth, with a hot crowd that goes crazy even for the rest holds, and ends with Rivera getting a nice small package for the pin.

Result: Rivera via pinfall at 11:34
Rating: 2 (Good) Arguably the best fought match of the night.

Setup: Every card needs a freakshow special attraction, and what better than 4 of Moolah's Girls to provide a meaningless tag match.

Match: Kind of sad how all 4 women come in with weird-looking blonde beehive hairdos, though Joyce Grable is admittedly pretty cute. Sadly, this is a drawn-out 2 out of 3 falls contest, and my heart sank when I saw each team split a fall and continue my torment. The Girl Heels in particular are TERRIBLE, with Dottie Downs looking like she was 55 years old in the ring, and her partner being a 6 foot 2 giantess who can barely move. In all, this match was just too damn long, with only Grable showing any charisma, and I couldn't wait for it to end.

Result: Grable and Sheridan via 2 falls to 1 at 20:47
Rating: 0 (Sh*t) How this was allowed to be the longest match on the card is just bad booking.

Setup: As should always be the case, the champion defends the title in the Garden against the number one contender, in this case the madman Steele.

Match: Watching Pedro in the ring is like watching a somewhat less intense version of Bruno. The match is a pure brawl from start to finish, with the only wrestling move being a bodyslam by Steele on Morales. Steele makes liberal use of his trusty foreign object, and Pedro sells each shot like he's been hit by lightning. Overall, this match uses the old Bruno formula of "babyface champ outbrawls the heel" especially when Steele gets slammed into the turnbuckle chains and gets busted open over his eye, which leads to Pedro going to town before the referee stops it due to blood, a common ending at the time that helped liken the sport of wrestling to boxing.

Result: Morales via Referee Stoppage at 8:16 (Retains Title) or, as Buddy Revell would say, "You were the puss…who always bled."
Rating: 2 (Good) Solid title defense that sees Pedro the champion go over strong.

Setup: The Japanese and Native American tag teams du jour had long feuded over the tag team titles, and this singles bout was just another chapter in the conflict.

Match: Fuji repeats Tanaka's salt schtick, and Mrs. Krieger wipes it up again to less fan reaction. Even at this time, Fuji was not known to have particularly long matches, usually losing in five minutes or less, but here is an exception due mostly to the nefarious one's continued use of a nervehold that brings the action to a halt. Anyone that's slept through a Kamala match will know what I'm talking about, but here Fuji's tendency to keep slapping the hold on whenever he gets in trouble drives this viewer to the point of having fits. Strongbow shows some nice moves, and the crowd seems to love him with their Indian war cries to get him going. Finally, FINALLY, Strongbow gets some momentum going and beats down Fuge with a series of tomahawk chops to get the thankful win.

Result: Strongbow via pinfall at 13:58
Rating: 1 (Okay) Way too long of a match by Fuji standards, and the overuse of the nervehold slowed the pace to a crawl.

Setup: Mayne was an out-of-control wild man, and it took a 600 pounder to make him tone it down a notch.

Match: About what you would expect from 900 pounds in the ring. Calhoun moved pretty well for his size, and Moondog was colorful, but those expecting a classic would be disappointed.

Result: Calhoun via pinfall at 6:03
Rating: 1 (Okay) Good outing considering it was Calhoun.

Overall Rating: 1.5. Definitely better than okay card, and historic for the exposure it got on HBO, not to mention it's readily available on DVD through several online retailers.