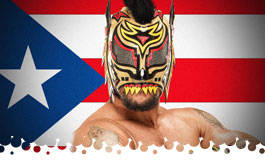 - Last week on NXT... Samoa Joe promised to do to the NXT roster what he already did to Shinsuke Nakamura if he doesn’t get an immediate rematch or the NXT Championship handed over to him... Cedric Alexander made his NXT debut, defeating Andrade "Cien" Almas... Mandy Rose challenged Ember Moon... Asuka took up Liv Morgan’s challenge and something tells me she doesn’t believe she’s much of a challenge to begin with... Billie Kay continues to get the mid-card heel push with a victory over Aliyah... Austin Aries defeated Oney Lorcan and still has issues with Hideo Itami... Sanity is STILL coming (what comes first, Sanity or Curt Hawkins?).

- Taped from Full Sail University in Orlando, FL with Corey Graves and Tom Phillips calling the action, unless otherwise noted.

- William Regal with pre-recorded comments, informing us that the 2nd Annual Dusty Rhodes Tag Team Classic will be taking place. It’ll be a 16-team format this year. I’m sure it was the same last year, but my memory is getting a bit fuzzy. The Finals will take place at NXT Takeover: Toronto, and 1st Round matches begin next week.

Will Dillinger continue his hot streak? Will we ever have an answer for what Dawkins is stirring up? Will either man ever have a shot in hell of making it to the main roster? Dillinger with a snap mare and bad cartwheel. He flashes "10" and mocks the "stirring it up" gesture, adding an automatic half-a-star to the rating. Dawkins takes exception to this and pounds away. Dillinger avoids a 360-dive into the corner and comes off the ropes with a forearm. Dillinger with an inverted atomic drop and short clothesline. Dillinger takes him down with a Russian leg sweep and the Tye-Breaker finishes at 2:24. ½* Just a squash victory... for Tye Dillinger. I honestly expected this to go a bit longer.

- Bobby Roode makes his entrance to tell Dillinger his victory was "impressive." Roode says he’s not quite "10", but he has potential. He’s out here because of the Dusty Rhodes Tag Team Classic, and wants to be partners with Tye Dillinger. I smell a rat. Dillinger accepts, because the main standard of being a babyface is being incredibly gullible. Maybe they should call this the Sting Invitational Turn-On-Your-Partner Tournament.

- Hideo Itami interview. He faces Lince Dorado in tonight’s Main Event. He continues to call out Austin Aries being less than a man.

- The Ealy Brothers vs. The Revival doesn’t happen thanks to Samoa Joe running out and beating the piss out of the twin brothers Ealy (pronounced "Eel-ee", and what a first impression. A ring entrance with lame theme music and being destroyed single-handedly without so much as trying to put up a fight). Joe was nice enough to bypass the Revival on the way to the ring, because heels stick together unless a face turn is imminent.

Only the second appearance for Mandy Rose on NXT, the other being a throw-away Six-Women’s Tag a month or so ago. If she’s the new Eva Marie, is she All Blonde Everything? Hopefully this is quick. Rose with a pre-match shove. Whip to the ropes and Rose with a bitch slap. Moon comes back with a roundhouse kick and a fall-away slam. Springboard body press for a two count. Rose surprises Moon with a boot and hits a Bicycle Knee for two. She slaps on a goofy chin-lock, because that’s supposed to distract us from realizing it’s just a chin-lock. Moon has already sold way too much for someone who should be treated as a scrub. Moon with a surprise roll-up for two. Spinning head scissors is countered with a face-buster for two. Another pin attempt for two. Moon with a head scissors, sending Moon into the turnbuckle. She heads to the top rope, and the Twisting Stunner finishes at 3:07. *1/2 Moon sold too much for my liking, but they did a good job for a 3-minute match. Rose is already a better worker than Eva Marie, who’s been training on-and-off for over three years.

- Tomaso Ciampa and Johnny Gargano are backstage to address The Revival. They made their debut in last year’s Dusty Rhodes Tag Team Classic, and this year they plan on winning it.

The Authors of Pain vs. The Goof Troop:

If the Authors of Pain are entered in the Dusty Rhodes Tag Team Classic, do you job them or do a cheap elimination to protect their undefeated record? Akem knocks one goof into his own corner and knocks the other goof off the apron. Akem with an avalanche, and they connect with a double stomach buster. Goof #2 gets pulled into the ring and press slammed over the top rope in a bit of a sloppy spot. Akem tags back in, and the Clothesline Leg Sweep Combo finishes at 1:18. Just another squash match for them. Post-match, Paul Ellering promises the next chapter for the Authors of Pain is to release a "Plethora of Pain." Vague.

- William Regal is backstage and he doesn’t have any update on Shinsuke Nakamura’s condition. As far as the Dusty Rhodes Classic... Wesley Blake and Buddy Murphy interrupt him and argue. Will they reform their team for the 7th time? The answer is maybe.

Asuka is the reigning NXT Women’s Champion, but this is Non-Title because Liv Morgan isn’t a real contender. I’ll give this 90-seconds, maximum. There’s no way, ABSOLUTELY NO WAY, Asuka will be selling for longer than 5-seconds when it comes to Morgan. "Asuka’s gonna kill you" chant. Lockup to the corner and Asuka with a clean break. Morgan shoves her and throws a dropkick, but Asuka doesn’t sell it. She no-sells some forearms and takes Morgan down with a single-arm bar and Morgan taps out at 0:55. Yep, that was exactly the right way to go about things. Asuka winning with what is typically treated as a rest-hold.

Main Event of the week. Dorado’s mask has a mouth designed to look like fangs. I’ve always been a fan of masked Superstars. Don’t ask why, no one quite knows the reason. Feels like Itami has been featured almost on a weekly basis. Lockup and they go through a series of counters. Dorado with a head scissors takeover. Itami avoids a charge to the corner, takes him over with a snap mare, but misses the kick to the chest. Dorado with aa jumping roundhouse kick from the apron, but a springboard into the ring is met with a kick from Itami. Whip to the ropes, Itami with a knee lift and kick to the chest. Dorado knocks Itami off the top rope with a dropkick and follows him out with a Asai Moonsault. We return from a break with Dorado working the surgically repaired arm. Itami fights free but runs into a heel kick. Itami hangs Dorado up across the ropes and comes off the top with a diving clothesline. Itami with a flurry of strikes, but Dorado avoids the basement dropkick and takes Itami over with a hurricanrana for a near fall. Itami counters a handspring elbow, and Dorado escapes a GTS attempt. They trade cradles for near falls. Dorado misses a Shooting Star Press. Itami with a big boot in the corner and the basement dropkick. GTS finishes at 7:21. **1/4 Decent match, but it really didn’t feel like anything more than decent counters and a couple of cool spots. Post-Match, Austin Aries attacks, but Itami sends him running away again.

Final Thoughts: Not much when it comes to good wrestling, but tonight’s episode did a lot to push other programs. Joe is on a mission to get William Regal heated, Itami and Aries are teasing a big showdown that’ll likely take place in Toronto, Bobby Roode is clearly suckering in Tye Dillinger for a double-cross, Asuka defeated Liv Morgan with such ease I don’t even have a joke to describe it, and we’ve got the 2nd Annual Dusty Rhodes Tag Team Classic to look forward to.