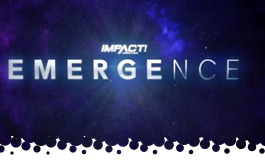 Taped from Skyway Studios in Nashville, Tennessee. The studio is packed to capacity with real live fans. Our hosts are Matt Striker and D’Lo Brown.

Matt Cardona (with Chelsea Green) vs. Rohit Raju (with Shera)

Cardona is ready for action, but Rohit stalls for time. Rohit finds an opening for a side headlock, but Cardona uses his size advantage to break free. Cardona easily clears the ring and nails a big boot at ringside. Shera provides a distraction that gives Rohit enough of an advantage to trap Cardona in the ring skirt. Chelsea protests Shera’s obvious clothesline interference, Cardona looks hobbled. Cardona takes the prescribed heat beatdown and comes back with a flapjack. Rohit blocks a slingshot senton and hits a suplex for 2. Cardona dodges a cannonball and delivers the Broski Boot. Rohit answers with a crossface, Cardona escapes, Rohit nails a DDT for 2. Cardona arbitrarily comes back and hits a DVD for 2. Rohit gets caught using the ropes for leverage, and Cardona plants him one more time to win at 11:37. Really disjointed, listless match with generic action and no compelling storytelling, *¾.
Winner: Matt Cardona

Shera puts Cardona down, so Chelsea gives him a talking to.

Yes, that’s No Way Jose, playing the exact same partying gimmick from WWE. I would have suggested that he take this opportunity to redefine himself, but if this is what he’s comfortable doing, more power to him, I guess. The fans are really into Decay and chant for Rosemary at the opening bell. Tasha and Rosemary spend about 2 minutes taunting each other, before Evans tags in and hits a bruising boot to the face. Steve tags and bites Evans, who counters with a chinbreaker. No Way and Bahh double team Steve and hit a belly to belly suplex. Taurus tags and puts Bahh down with Sling Blade. Taurus feeds Bahh to his teammates (literally, they all take a bite out of him) and they work him over for some heat. Steelz gets a hot tag, but Havok kills her with a spinebuster, so Evans helps with an interfering brawl. No Way and Steve return, No Way counters a flying shoulder block into a power slam. Bahh misses a splash, Taurus hits him with an overly telegraphed corkscrew senton. Taurus and Rosemary finish with double spears at 8:47. Decay is a fun unit, but there wasn’t much to this, **.
Winners: Decay

Violent By Design talk to the camera. They’ve been practicing their serious expressions.

Maclin is a former Forgotten Sons member, and now he must defend America’s honor against Canada. Williams outclasses Maclin early, hitting a tornado DDT. Petey hits a baseball slide dropkick and connects with a dive, despite getting his feet caught in the ropes. Petey is totally having his way against a bigger opponent, at least until Maclin reverses a flying rana into a powerbomb onto the ring frame. Maclin wears Petey down with ground and pound offense. Petey comes back with a side Russian leg sweep, and then hits a German suplex. Shining Wizard by Petey, Maclin blocks the Destroyer and nails a backbreaker for 2. Petey hits a leaping Codebreaker, but Maclin puts him into a Tree of Woe for a spear. Petey kicks out and locks on a Sharpshooter. Maclin bites free and hits a blind low blow. Maclin finishes with his Mayhem finisher at 10:38. Match was competent, but not much more, **.
Winner: Steve Maclin

Backstage interview with Taylor Wilde, who isn’t impressed that Madison Rayne came out of retirement and got mixed up in her business.

Madison Rayne (with Kaleb with a K and Tenille Dashwood) vs. Taylor Wilde

Not too long ago, both of these women were former wrestlers, but here we are. They trade wrist holds, Wilde builds some steam with arm drags to force a timeout. Kaleb and Tenille provide interference, giving Rayne the upper hand with a backstabber. Wilde blocks a ripchord and nails a back suplex. Wilde delivers a tilt-a-whirl backbreaker and slingshot knees to the chest. Rayne plants Wilde for 2. Wilde nearly kills Madison with a German suplex onto her head, but Kaleb disrupts the cover. Wilde chases Tenille out, the ref catches Madison trying to use a loaded item. Rayne wins anyway by pulling the tights in a roll-up at 7:28. This was a total snooze, and I hope Madison’s neck is okay, *.
Winner: Madison Rayne

Backstage interview with Impact Tag Team Champions The Good Brothers. They are better traveled than the other tag teams in Impact, and plan on making a statement tonight, despite Gallows’ bad shoulder.

There’s a vocal section of fans behind Sami, and approve of him striking first with a thrust kick, and going after Moose until getting knocked down. Sabin catches Moose with a flying rana and throws Austin onto Fulton. Austin sprints after Sabin, Sami disrupts their exchange. Sami puts Sabin down with a DVD into the buckles. Fulton shields Ace from Sami’s thrust kicks. Meanwhile, Sabin cuts Moose down for some chops. Moose powerbombs Sabin to the floor onto Fulton and Callihan. Ace takes advantage with a dive onto everyone. Moose powerbombs Ace onto the ring rame. Sabin missile dropkicks Moose, dives onto everyone else, and plants Moose with a flying DDT for only 2! Ace hits Sami with a spinning neckbreaker for 2. Sami answers with a snap piledriver on Ace for 2. All four guys stumble back for a desperation slugfest, the sequence builds to Sami finally knocking Moose down. Sami and Ace go down after stereo pump kicks. Everyone takes a breather to a “This is awesome” chant. Sabin and Sami get up for a nasty exchange, Sami hits a stuffed piledriver, but Ace breaks it up to double stomp his head. Moose puts Ace down with a uranage and then a chokeslam. Sami hits Moose with a chair, inadvertently letting Ace roll him up to win at 11:21! Pretty run of the mill spotfest, despite some good character moments from the crew, **¾.
Winner: Ace Austin

Backstage interview with Brian Myers, who has been getting dunked on all week by the internet for being a lackluster first challenger to Christian Cage. Well, in the context of Impact Wrestling, he is THE MOST PROFESSIONAL WRESTLER and has done it all in 18 years, except become a world champion, which means that Christian is in big trouble.

Video highlights of Josh Alexander’s big 2021. Jake Something is now stepping up to the plate.

These two guys must be up there for the heaviest X-division competitors ever and lock up like a couple of heavyweights. Jake reverses a chancery into a back body drop. Josh goes for an ankle lock, but Jake answers with a shoulder thrust into the buckles. Northern Lights suplex by Josh gets 2. They trade snug shots, Jake surprises with a body avalanche. Jake snaps Jake’s neck on the rope, Jake reverses Josh’s backslide into a DVD onto the floor. Fans chant “This is awesome!” and then cleverly pivot into “This is something!” while Jake enjoys the upper hand. Delayed suplex by Jake gets 2. Josh counters a second rope move to buy them a breather. Josh wins a slugfest and delivers many rolling Germans (think Austin vs. Angle, circa 2001). Jake kicks out and stumbles into a wild dive to ringside. Falcon Arrow by Jake gets 2. Josh answers with a spinning fireman’s carry powerbomb for 2. Jake fires back with a release overhead belly to belly suplex. Lariat by Jake, but Josh reverses into an ankle lock! Jake gets the ropes, Josh follows up with a double underhook piledriver onto the ring frame! Jake muscles into a Something Bomb, Josh shakes it off into another double underhook piledriver to win at 17:12! Really great, hard hitting stuff here, Alexander’s title matches are becoming increasingly must-see, ****¼.
Winner and still X-Division Champion: Josh Alexander

Trey hurts himself while trying to do Melina’s split under the ropes entrance. Melina chuckles, but gets serious when the bell rings. The women lock up, Try tags in to work Deonna’s wrist. Quick tag to Matthew, who towers over Trey. Running boot by Miguel and an atomic drop. Cutter by Trey, who then slams Melina onto Rehwoldt. Melina’s front headlock is countered, and she finds herself isolated. Miguel gets the inevitable hot tag and runs wild to mild crowd approval. Rehwoldt and Deonna regroup with a tandem legsweep on Melina. Rehwoldt pins Melina after an assist from Deonna at 10:15. Average match, though Melina was asked to do a lot more than usual, **.
Winners: Matthew Rehwoldt and Deonna Purrazzo

Backstage interview with Impact World Champion Christian Cage. He works well under pressure, and he understands why Brian Myers feels like he’s been held down. Christian still plans on beating him.

Doering and Gallows start with a hoss fight. Mack tags in and hits Doering with a baseball slide dropkick. Doering answers with a vertical suplex. Rhino tags but gets overwhelmed by Mack and Swann’s tandem offense. The Good Brothers gain control of Swann. Doering makes a blind tag and continues the beatdown on Swann. It doesn’t really feel like either Good Brothers or VBD are actually trying to win, just wear Swann down to fill time. Mack eventually gets the obligatory hot tag and cleans house, hitting Anderson with a Samoan Drop and standing moonsault. Swann helps with a dive on Gallows. Mack stuns Anderson, but Rhino breaks up a frog splash. Anderson finishes Rhino with the dreaded sneaky roll-up from behind to win at 10:46. Total yawner, just going through the motions, *½.
Winners and still Impact Tag Team Champions: The Good Brothers

Eric Young berates Rhino for losing while Deaner waves a VBD flag at him.

They evenly exchange holds, so Myers switches it up with a cheap kick to the gut. Christian fires back with a shoulder tackle for 2. Myers pummels Cage into the buckles, the ref pulls him off, Christian hits a pendulum kick and reverse DDT. Christian tears up Beale’s notebook and chases Beale into the ring steps. This allows Myers to ambush Christian and take control for a while. Christian survives a bunch of rest holds and feeds Myers a round of punches. Missile dropkick by Christian gets 2. Christian steps on Myer’s back and leaps over him for an uppercut. Flying elbow by Christian, but Beale’s distraction breaks up a Killswitch. Myers nails a spear for a good nearfall. Christian blocks a superplex and hits a tornado DDT for 2. Myers flings Cage into the ropes to block Killswitch, but Christian pops up to hit a spear and Killswitch to win at 12:16. Decent match from two seasoned pros, **½.
Winner and still Impact World Champion: Christian Cage

Final Thoughts: Alexander vs. Something boosts up an otherwise complete washout of an event. I hope Impact can get their act together, their dealings with AEW and New Japan are never going to pay dividends if the new viewers checking them out see mediocrity like Emergence.

back to TNA/Impact Index