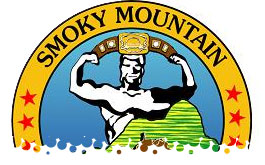 - Last week on SMW TV... Commissioner Bob Armstrong had a busy week, encouraging Robert Gibson to find back-up after being beaten up by the Koloffs and Jimmy Golden, booking a Six-Man Tag for the Fantastics and fining everyone in the brawl that ended the February 22nd episode, and let Dutch Mantel know that as long as he's at the announcers table, Brian Lee can't touch him. Dutch, of course, comes down with a cold when his match is scheduled to take place, and has Carl Stiles take his spot... Mr. Ron Wright encourages fans to send him money, reading a fake letter for sympathy... the Tag Team Title Tournament is coming soon, we promise!

- The second-half of the TV taping from the Knoxville Civic Coliseum Studio in Knoxville, TN. Bob Caudle and Dutch Mantel are calling the action, with Carl Stiles as Dutch's shadow. We have a special guest this week, as "Hustler" Rip Rogers offers to demonstrate his incredible cardio training by doing squats for the entire hour. No Flips, Just Squats. Scheduled for this week is a Main Event between "Primetime" Brian Lee and Carl Stiles, as well as the debut of Terry Gordy. What are the odds, that now I'm looking for it, they film Stiles in a bit of a shadow so I can't see his right eye?

Holly sure is getting a lot of showcase time on these early episodes of SMW. I haven't kept track, but I feel we've gone maybe one week without him wrestling. Lockup and Holly snaps Maggs over with an arm drag. We can faintly hear Rogers count along his squat total (62... 63... 64...). Maggs with an arm drag into the arm-bar. Whip to the ropes, Maggs with another arm drag, and Holly bails to the floor for a breather. Holly gives him some lip and we get a shoving contest. Maggs with a fireman's carry into another arm-bar. Crisscross and Maggs surprises him with a slam before going back to work on the arm. Holly hangs back on the ropes to avoid a dropkick. He takes Maggs over with a snap mare and drops the leg while Caudle and Dutch discuss why he's Jumpin' and not Leapin' Joey Maggs. Holly with a big boot and swinging neck breaker for two. Maggs teases a comeback with strikes and shoulder blocks. Holly drops a forearm across the back, plants him with a slam, and finishes with the flying elbow drop at 4:59. ** Decent back-and-forth action, and Bob Holly's unbeaten record remains intact.

- Bob Caudle is standing by with Morristown's own, White Lightnin' Tim Horner. Fans have been delighted to see him in action. Rip Rogers, surpassing the 250 mark, wants Horner to shut up because it's his interview time. "Nobody wants to hear from a hillbilly." Jim Cornette would be proud. He continues to insist on doing squats for the entire hour. He's not even tired, unlike the fat, disgusting, mountaineer hillbillies in attendance. Horner bets him (digs in pocket) 500 bucks he can't do it for the whole hour. Rogers says he could do squats for three weeks if he wants to.

Good to see Angel's fantastic mullet back in action. Gordy comes out to "Free Bird" by Lynyrd Skynyrd, of course. Lockup and Gordy gives him a clean break in the corner. They fight over a side headlock until Angel surprisingly gets the better of the exchange. Gordy with a series of strikes. He grabs a wrist-lock, but Angel quickly counters. Gordy with rights and boots to the side of the head, followed by an elbow across the back of the head for two (533... 534...). Gordy with a boot to the midsection and a Powerbomb finishes at 3:49. Not the best squash match we've seen. It's good to see one move can win a match, but giving a guy like Tommy Angel that much offense? I'm positive this is the only time we see Gordy in action for quite a while.

- Bob Caudle is standing by with Terry Gordy for some post-match comments. He doesn't think there's a man alive that can beat him. The bombs are already starting to fall. If they've got a title in SMW, then it belongs to Terry Gordy. The commissioner knows what he can do, because he's already busted his head a couple of times before.

- Commissioner Bob Armstrong is standing by to give us information: The World Heavyweight Title Tournament is in the works, but in two weeks, we begin a tournament to crown the 1st SMW Tag Team Champions. He's got some bad news, and that is Mr. Ron Wright. We see footage from the weeks leading up to today where Wright has made his presence felt at ringside, often offering illegal assistance, coincidentally to the rule breakers of SMW. Wright has a manager's license, but he has no right being at ringside for matches featuring men he doesn't have under contract. Until that changes, Ron Wright is BANNED FROM RINGSIDE. Mr. Ron Wright rolls up to dispute the decision, trying to play the poor old man role, but Bob Armstrong isn't going to have any of that, noting he's known him for years and knows men who's careers he ended with his tactics. Armstrong calls him the rottenest, low-down wrestler he's ever seen, and he's barred from ringside. He cuts off Wright's rebuttal and wheels him backstage, with Wright flailing his arms wildly. Solid angle that should soon have a payoff.

- Bob Caudle is standing by with "Mr. Wonderful" Paul Orndorff. He's concerned about the SMW Heavyweight Championship Tournament, but he's still butt-hurt about the Piledriver being banned, while Terry Gordy is allowed to do a Powerbomb that can break someone's neck. He wants to know why he can't use a Piledriver, while everyone else can use whatever holds they want. "We're not a bunch of little babies out here, I want to win!" He doesn't think there's a man that can beat him, either, and he has a lot of moves he can beat people with.

Orndorff cups his ear to play to the crowd. I'd say that teases being a heel, but he was doing that ever since he feuded with Hogan. Lockup into the ropes and Orndorff reluctantly pulls back for a clean break. Dutch is starting to question why the Piledriver has been banned. Orndorff with a drop toe hold into a side headlock. Horowitz escapes, turning it into an overhead wrist-lock. Orndorff bridges up and takes Horowitz over with the headlock. Horowitz with a head scissors, and they have a clean break. Rip Rogers has informed us he's up to 1,060 squats and counting! Caudle says letting the piledriver be legal is like legalizing a gun in the ring. That's a big stretch, Bob. BIG STRETCH. Of course, Jesse Ventura had the same logic to yell at Tony Schiavone, so there's that for reference. Horowitz rakes the eyes and knocks Orndorff out of the ring with a running high knee. Horowitz with elbows across the chest, followed by a slingshot beneath the rope. Dutch says Brian Lee hates kids, animals, and Baskin Robbins ICE CREAM. Horowitz continues to control the action and cradles Orndorff for two. He meets the knee in the corner. Orndorff charges out with a clothesline and tosses the Bad Boy to the floor. He takes Horowitz around the ring, ramming his head into the security rail. Orndorff comes off the top with an elbow. He calls for the Piledriver, but that's a no-no. Whip and Orndorff misses a dropkick. Horowitz goes for a snap mare, but Orndorff counters with a back slide for three at 7:00. **1/4 Good action and story, with Orndorff struggling to put Horowitz away without his patented finisher. The frustration continues to set in...

- Jim Cornette is standing by, pointing out the front row looks like the cast of Deliverance. He accuses Bob Armstrong of assaulting a cripple, and that it's unfair for him to have a mystery team in the tournament. If he were to reveal their identity, then every man would hang their head in shame, move out of the area, and collapse the local economy. Every wrestler in the tournament would be backing out scared. His team is sexier than Madonna's latest music video and more dangerous than dinner at Jeffrey Dahmer's place.

- Highlights of a Carl Stiles/Brian Lee brawl from last week. At least Dutch Mantel has gotten over that terrible sickness he was suffering from that kept him out of the ring.

Main Event of the Night™. Don't laugh, at least there's a reason behind it. We can only hope they keep it short. Jim Cornette has joined Bob Caudle with Mantel at ringside supporting Stiles. Lee makes a run for Dutch, but Stiles catches up from behind to save the Dirty Dutchman. Lee goes for him again, and again Stiles comes from behind. They finally get in the ring, with Lee putting the boots to him. Whip and Lee with a back drop. Stiles takes advantage of Lee's mind being preoccupied with getting his hands on Dutch. Lee blocks a suplex and counters with his own. Whip is reversed and the camera misses what happens. Lee with a slam. He finally pays for his lack of mental awareness, getting his eyes raked by Dutch. Stiles puts the boots to Lee and chokes him across the middle rope. Dutch with cheap shots with the referee distracted. Stiles with a slam and elbow drop. Lee escapes a chin-lock, but gets caught in a bear-hug. Lee fights free and drops Stiles with a clothesline. He hits the Cancelation out of nowhere for three at 6:19. Post-match, Dutch tries helping Stiles, but Lee hits them both with a diving clothesline. Dutch manages to bail out before further damage can be done. ¾* Not a good match, and the storyline between Lee and Dutch doesn't have much momentum. It's all about making Brian Lee the top babyface, with very few options currently available to feed him.

- Rip Rogers is still going to work on his squats, gloating about spending all of Tim Horner's money. He trips Caudle into looking away, and kicks the chair out from under Rogers, who falls just in time for Caudle to see he didn't quite make it for the whole hour. He insists it wasn't his fault, but Horner casually walks away and Caudle says so long for this week. What a hero, doing a sleazy tactic to get out of paying up the $500. I'd think Tim Horner of all people would have more honor and dignity.

Final Thoughts: We FINALLY have a start-date for the SMW Tag Team Championship Tournament, which is scheduled to begin in two weeks (the March 21st episode, assuming they weren't lying to us). Paul Orndorff continues to tease a heel turn, frustrated over the ban of his finisher, and nearly losing to Barry Horowitz as a result of that decision. Bob Armstrong has finally had enough of Ron Wright interfering in matches, so until he has a wrestler under contract, he's barred from ringside. Brian Lee and Dutch continue to drag out their program, and again, it doesn't have much momentum left for such a short-term angle. Speaking of short-term angles, don't be surprised if we get a follow-up to the Horner/Rogers debacle.