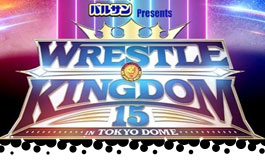 Live from the Tokyo Dome in Tokyo, Japan. I heard tickets were capped at 5,000, but with social distancing measures in place, the crowd looks huge. Your English commentators are Kevin Kelly, Chris Carleton, and Rocky Romero.

Phantasmo continues to make a mockery of his Super J Cup victory by kicking the golden jacket down the ramp. Phantasmo messes with Hiromu's BOSJ trophy and pays for it with a shot gun dropkick into the rails, followed by a top rope senton. Takahashi looks for the kill, but Phantasmo slips away for a breather. Phantasmo flips out of a sunset bomb and sprints to hit one of his own, and Hiromu's head hits the floor hard. Phantasmo hits a tight rope moonsault, but tweaks his own ankle on the landing. Phantasmo's showboating allows Hiromu to hit a shotgun dropkick, but his rally is cut off by a vicious stomp to the ankle. Phantasmo dishes out an extremely entertaining beatdown, including draping Hiromu on the top rope for an astonishingly disrespectful senton. Hiromu bites the finger and hits a rough cradle driver off the buckles. Phantasmo repays the biting, but Hiromu counters into a Dynamite Plunger for 2. Phantasmo misses a superkick, allowing a flurry from Takahashi. Phantasmo cuts him off by dropping him on his head and “accidentally” collides with referee so he can hit a low blow and super rana! Frog splash by Phantasmo gets 2. CR2 is blocked, so Phantasmo settles for a Styles Clash for a good nearfall. Hiromu blocks One Winged Angel and delivers a DVD into the buckles. Phantasmo counters Time Bomb into a scary close nearfall. Hiromu then counters CR2 again and gains the pinfall at 17:45! Super fun opener, thanks to Phantasmo just being a tremendous d!ck, and Hiromu's come-from-behind win, ***½.
Winner: Hiromu Takahashi

GoD object to Taichi's wardrobe, resulting in a brawl before the bell. Taichi goes for a "Greco-Roman throat hold" per Kevin Kelly. Tonga is quickly trapped by the champions and suffers a barrage of submission holds and uppercuts. Jado's interference allows Loa to tag in and take control of Taichi. GoD dish out a methodical beatdown and relish the chance to repay Taichi for the chokehold. ZSJ gets a hot tag and runs wild with uppercuts, DDT's, and profanity. ZSJ puts Tonga in a brutal octopus. Tonga gets the ropes, and retreats, setting up Loa for an ambush double clothesline. GoD swarm ZSJ but can't put him away. Loa's big powerbomb on ZSJ needs Taichi to break the cover, and GoD make him pay with a tandem neckbreaker. ZSJ reverses a superplex into a triangle choke, and Taichi helps with a tower of doom superplex! Loa kicks out! Taichi gets a hot tag and runs wild with body shots and clotheslines. Match breaks down and everyone hits the mat. Loa suffers a 2 on 1 beatdown until Tonga helps with a cutter on ZSJ. Taichi blocks the cutter and hits the Dangerous K for a great nearfall! Jado enters with a kendo stick, but it's a ruse for Tonga to hit Taichi with his iron fingers, giving Loa the easy pinfall at 19:27! Rock solid tag team match that was firing on all cylinders down the stretch, ***½.
Winners and new IWGP Tag Team Champions: Guerillas of Destiny

We are treated to a special message from IWGP U.S. Champion Jon Moxley. He's the bogeyman of New Japan and will be coming for the winner of the KENTA/Kojima.

Moxley has been absent as U.S. Champion for so long that KENTA is having a better reign as #1 contender than most of the official champions. KENTA is mad about Tenzan's presence, so Kojima stomps some respect into him. KENTA shoves Kojima into Tenzan and then hits a DDT at ringside. Kojima takes a stiff beating but comes back with Mongolian chops. They exchange rapid chops and then KENTA nails a superplex. KENTA's flying clothesline only gets 2, so he attempts a suplex on the apron, which Kojima counters into a DDT. KENTA suffers no ill effects and storms right back to hit a flying double stomp. Neckbreaker by Kojima, but KENTA pops up for a power slam. KENTA tries to use the briefcase as a weapon, but Kojima fires off a brutal lariat for 2. KENTA answers with mean palm strikes and a running boot to the head. Go 2 Sleep seals the deal at 14:05. KENTA continues his run as the greatest #1 contender in the game today, ***.
Winner: KENTA

Tanahashi is really leaning into the "grizzled veteran" role and takes O-Khan seriously at the opening bell. O-Khan gains the advantage and hits a punishing scoop slam. O-Khan gloats as he hits a second scoop slam onto the ramp. Tanahashi convincingly sells a head injury while crawling back into the ring, where O-Khan is ready to continue the beatdown. Tanahashi reverses a bicycle kick into a dragon screw legsweep. Tanahashi fights through the pain to rally, hitting a somersault senton for 2. O-Khan reverses Sling Blade into a facebuster. O-Khan wins a slugfest and hits a series of Mongolian chops. TKO by O-Khan leads to a Stretch Muffler. O-Khan botches a suplex over the ropes, and Tanahashi skins the cat to muscle into a suplex. Sling Blade by Tanahashi gets a late 2 count. O-Khan goes for an abdominal stretch and then a dangerous, botchy suplex. Reverse overhead suplex by O-Khan looks much better, and he fetches a chair. Tanahashi blocks the claw and considers using the chair himself. Tanahashi resists the Dark Side and nails a Dragon Suplex for 2. He hits a pair of High Sky Flows and wins at 17:09. Great performance by Tanahashi, managing to look vulnerable, sympathetic, yet still shine as "The Ace."" O-Khan wasn't ready for this spot, and stumbled a few times, **½.
Winner: Hiroshi Tanahashi

Will Ospreay (with Bea Priestley) vs. Kazuchika Okada

They carefully lock up and Okada pats the chest on a break, so Ospreay unloads a barrage of punches. Okada scores a spinning elbow shot and DDT to send Ospreay retreating to ringside. Ospreay tries to gain the upper ground, but Okada outsmarts him with a big boot and plancha. Bea's distraction allows Ospreay to take control with a running dropkick. Ospreay exposes some concrete but can only hit a neckbreaker on the padding. Ospreay goes to work on the neck and back of the head. Okada takes a beating but answers with a wild back drop counter. Flapjack by Okada gets 2, as does his patented neckbreaker. Ospreay breaks the Money Clip and hits a springboard forearm (while selling a neck injury) and follows with a German suplex. Okada counters with Heavy Rain, giving them a breather. They resume with a slugfest and Okada dropkicks Ospreay off the buckles to the floor. Ospreay fires back with big boots but Okada ducks a springboard dropkick to nail a shotgun dropkick. Back to the ring, Okada defies gravity with a missile dropkick, but Ospreay cuts him off with a reverse DDT for 2. Ospreay hits some well aimed heel kicks but can't hit Stormbreaker. Ospreay blocks a suplex, hits a superkick, and runs into a brutal sitout powerbomb but Okada kicks out! Back to ringside, Ospreay looks for a piledriver on the exposed concrete, Okada tries a piledriver, but Ospreay lands on the announce table for a heel kick and dead lift suplex through the table! Ospreay hauls Okada back to the ring for a flying forearm to the back of the head. Okada kicks out, so Ospreay nails a brutal powerbomb for a great nearfall. Ospreay cannot hit Stormbreaker on the apron, and Okada reverses into a Tombstone Piledriver! They're slow to get up and Okada fires a short Rainmaker and perfect dropkick. Okada locks on the Money Clip, hits a Tombstone, and goes back to the Money Clip. Bea distracts on the apron so Okada knocks her down with Ospreay's body. Ospreay barely survives the Money Clip with a rope break. They battle on the top rope and Ospreay delivers a Spanish Fly! Okada kicks out! Okada reverses the Oscutter into a Money Clip, but Ospreay rebounds for a proper Oscutter for 2. Ospreay hits brutal stomps ot the face and shoves the ref away to continue the barrage. Ospreay elbows the back of the head but then runs into a dropkick. Okada hits a devastating dropkick counter, Rainmaker, and Money Clip! Ospreay steals the Tombstone Piledriver and Rainmaker, but OKADA KICKS OUT! Okada then blocks Stormbreaker again and hits a sitout Tombstone and RAAAAAAAAINMAKER for the win at 35:37! This was an epic battle worthy of this event and venue, ****¾.
Winner: Kazuchika Okada

Even though they'd rather go straight to dropping each other on their heads, they start with some polite chain wrestling. Did you know I shook hands with Kota Ibushi once? Bet you didn't know I was so cool. Anyways, the polite chain wrestling leads to Ibushi sending Naito to ringside with a rana, but he can't hit a dive when Naito sprints back for a legsweep. They trade high stakes counters around ringside until Naito drops Ibushi onto his head on the ramp. That's more like it. Naito is in the driver's seat and works over the head. Desperation dropkick by Ibushi buys some time, and he follows with a running kick and standing moonsault. Naito tries to regain his momentum, but Ibushi lariats him off the apron. Naito answers with a neckbreaker on the floor. Naito follows with a draping neckbreaker from the apron, and applies a tight Full Nelson style leg scissors. Ibushi escapes and blocks Gloria, fires off a German suplex and double stomps the gut! Ibushi hits another suplex and doesn't quite hit the moonsault, which allows Naito to go back to the head scissors. Ibushi escapes, but Naito laughs off his forearm shots and shows him how it's done. Gloria by Naito gets 2. Ibushi knocks Naito off the apron with a Pele Kick. Naito hits a backdrop on the apron, but Ibushi pops right up for a RANA TO THE FLOOR! Naito not only lands on his head, but also tweaks his knee. Naito then blocks the dead lift German and nails the super poison rana for a stellar nearfall. Naito runs into Ibushi's buzzsaw kicks, but counters into Destino for only 2! Ibushi answers with a sick Bastard Driver! They slug it out and Ibushi flips Naito with a lariat. Ibushi nails a powerbomb and knee to the face, but NAITO KICKS OUT! Ibushi misses the Phoenix Splash, and Naito hits Destino for only 2! Ibushi hits another knee to the face but Naito kicks out at the last fraction of a second! Desperation enziguri by Naito and Brainbuster. Ibushi blocks Destino and hits a V-Trigger and knees the face one last time for the pinfall and championships at 31:18! YES! Ibushi winning the championships is AWESOME! The action was all over the place in this one, but the sheer talent, starpower, and high stakes brought it all home, ****.
Winner and new IWGP Heavyweight/Intercontinental Champion: Kota Ibushi

Final Thoughts: This was a stellar installment to Wrestle Kingdom, which I wasn't banking on due to everything that went down in 2020. There's no need for Wrestlemania in an age of Wrestle Kingdom.