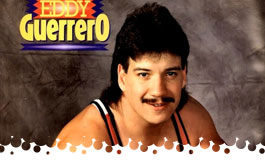 - Presented LIVE on TNT from Augusta, GA. Eric Bischoff, Bobby Heenan, and Steve "Mongo" McMichael are calling the action, unless otherwise noted. Tonight, The Giant challenges Randy Savage for the WCW Championship in tonight's Main Event. Suddenly, the former Alundra Blayze, Madusa, shows up, holding the WWF Women's Championship, and drops it in a garbage can, because WCW is where THE BIG GIRLS PLAY. Yeah, this one incident basically lead to a sh*t-storm of litigation. AND THEN William "The Refrigerator" Perry shows up as a special guest of Mongo to protect them from nothing. Well, that was a wild 2-minutes. Another coup for WCW, as the WWF were in preliminary talks during the summer to use Mongo and the Fridge, but they first picked up Mongo, and now they're trotting Perry out there.

Nice for things to calm down and get a match on the air. Bischoff puts over the Triangle Match at Starrcade and what might happen if the Giant wins the title. The doofus Hulk Hogan look-a-like fan is front row ringside. You know, the one we've seen at Mania 7, Survivor Series '91, King of the Ring '93, and other PPV's on the era. Flair with a side headlock takeover, but Guerrero counters. Flair with a drop toe hold, and again, Guerrero is back on his feet. Whip to the ropes and Guerrero hits Flair from behind with a dropkick. He takes Flair down with a pair of drop toe holds and slaps him across the face. Guerrero counters an atomic drop and connects with a pair of dropkicks. Flair hangs back on the ropes to avoid a third, but gets cradled going for the Figure-Four. Guerrero counters a hip toss with a back slide for two. Whip to the corner, Flair gets a boot up on the charge. They trade blows in the corner, with Eddie getting the better of it. Guerrero with a Tornado DDT as we get clumsy conversation about the latest Mike Tyson fight. Guerrero springs off the ropes with a head scissors for two. He goes to the top, but Flair falls into the ropes, knocking him to the floor. Like a shark that senses blood, Flair goes for the knee, and the Figure-Four (with lots of use of the ropes) finishes at 7:37. **1/2 Good action. I don't see the need to make Flair cheat outrageously, but he's a heel, so I guess it works.

Post-match, Gene Okerlund gets in the ring for an interview with Ric Flair and Arn Anderson. Flair continues to stomp Eddie. We see last week that the Horsemen did their best to try and end the career of "Mr. Wonderful" Paul Orndorff. Kevin Sullivan and Jimmy Hart waste little time interrupting. Okerlund points Flair to face the hard-camera in what feels more like a WWF/Kevin Dunn move. Sullivan takes exception to Brian Pillman badmouthing his Dungeon of Doom. He tells Anderson to keep Pillman on a short-leash if he's the Enforcer he says he is. Anderson doesn't take kindly to the threat.

- Sgt. Craig "Pitbull" Pittman comes over to interrupt Bischoff's ranting. He comes up to Bobby Heenan and ask if he'll manage the Pitbull to the WCW World Title. Heenan declines because he's a full-time broadcast journalist, but he offers to pass him along to someone like Jimmy Hart. Pittman says if he doesn't get any help soon, he's not going to take any prisoners.

Bagwell doesn't have Scotty Riggs with him for whatever reason. Lockup, Luger with a wrist-lock into a hip toss. 2017 crowds would chant "You Still Got It!". Whip is reversed, crisscross and Bagwell with a monkey flip. He connects with a dropkick and arm drag, sending Luger out of the ring for a breather. Bagwell with a dropkick to knock him off the apron, and we see the side of the ring not facing the camera looks pretty damn empty. Riggs shows up at ringside, so maybe he had a really mean deuce to drop at the worst time. Luger misses a charge and Bagwell unloads with rights and lefts. Bagwell with a back drop and running clotheslines. Whip is reversed and Bagwell hits a diving forearm. He goes for a splash, but Luger brings up the knees. Whip to the ropes and a Power-Slam, and Luger finishes with the Torture Rack at 3:08.

Post-match, Gene Okerlund interviews Luger and Jimmy Hart at the top of the entrance set. Hart calls Luger the uncrowned WCW Champion. Okerlund disagrees, but suggest he is a top contender. Luger says he's had Savage submit to the Rack before, and had him pinned if not for Hulk Hogan.

- Coming up on Saturday Night at 6:05 ET! Arn Anderson takes on Johnny B. Badd (with the former Diamond Doll), Alex Wright takes on V.K. Wallstreet, Sgt. Craig Pittman battles Cobra (the man, not the evil clan in G.I. Joe), Lex Luger will be in action, and a special interview with the man called Sting. All this and MORE! SATURDAY NIGHT!

Blue Blood Bobby Eaton is such a trip to think about. No clue who Jeeves is. It's definitely not Sir William (Bill Dundee). Lockup and Sting with an arm drag. Eaton with a standing side headlock. Crisscross and Sting with a monkey flip. Sting plays to the crowd for what feels like forever before going to work on the arm. Eaton escapes with a knee lift and chokes him across the middle rope. Eaton with a snap mare into an arm-bar. Sting escapes and throws Eaton across the ring with a hip toss. He tries to follow up but gets caught with a modified back breaker. Eaton goes to the top rope, but misses a flying knee drop. Sting with a flurry of strikes. Whip to the corner, Stinger Splash, and the Scorpion Death Lock finishes at 3:59. Eaton actually taps out before that was the thing to do. Just another short match to showcase Sting. Unless something is outstanding or truly awful, I'm not star rating these 2-4 minute matches.

Gene Okerlund joins Sting in the ring for another post-match interview. Starrcade is coming up in nine days in Nashville, TN. Sting is not only in the team competition, but the Triangle Match with Lex Luger and Ric Flair. He's miffed about his best friend's comments as though the Stinger isn't even here. He's been World Heavyweight Champion on five different occasions, and is looking forward to making it six times.

Main Event of the Night™. This has bull-crap finish all over it. What is the obsession with calling the Giant "stinky" and "wart infested"? 20+ years later, I still don't know if I like the rock n' roll version of Pomp and Circumstance. Savage uses his quickness to avoid the Giant early on. He unloads with rights and hops on his back with a sleeper. Giant snaps him over to escape. Savage quickly gets up and knocks Giant into Hart with a running high knee. Giant gets a hold of him and clobbers Savage across the back. Whip to the corner, Giant with a boot to the midsection and elbow across the back of the head. Giant with a scoop slam and bear-hug. We come back from commercial break, with Giant planting Savage with another slam. Savage goes for the eyes to avoid a chokeslam. Giant casually connects with a back breaker for two. Giant with a double choke lift that sends Savage all the way to the concrete floor. Giant follows an unfortunately can't hit the Hogan mark. He press slams Savage over the top rope, back into the ring. He goes to the top rope, but misses a splash. Savage goes to the top and hits the Flying Elbow, but Giant kicks out with force at two. Giant with a dropkick, knocking Savage to the floor, again. Giant pulls back the padding for a suplex, but Savage hooks the ropes and crawls back in the ring. Giant recovers and hits Savage with the Chokeslam. He drops the leg, but Hogan runs in for the Disqualification at 7:34 (shown). ** Good considering the Giant only had a few months of experience under his belt. Hogan continues to hit the Giant and even whacks the referee! Mongo and the Fridge come to ringside to restore order, but there's no stopping the power of angry Hulkamania.

In case you couldn't get what's coming next, Gene Okerlund joins us in the ring for yet another post-match promo. Hogan must know that being on probation was already bad enough, but his actions moments ago isn't going to help his case. Okerlund thinks he risks possibly being suspended. Hogan bellyaches about other people getting title matches while Sullivan and Craig Pittman hold the Giant back. Hogan takes advantage of it and smacks him over the head with a chair, repeatedly, and unprotected. Yeah, his swings are generally weak, but still… Hogan says Savage owes him a title shot, especially since his name is still on the belt. First, he must get by Ric Flair next week, then Starrcade in nine days. Then, right after that, the match the whole world, Jupiter, Saturn, Venus and everywhere in between, it's Savage vs. Hogan.

Final Thoughts: Lots of hype for Starrcade, which doesn't feature Hulk Hogan in action. All three men involved in the Triangle Match were in competition this week, and all walked away victorious. Flair vs. Guerrero and Savage vs. The Giant were both good TV matches for the era, and nothing was what I would consider bad. Over on Monday Night Raw, Razor Ramon defeated Yokozuna by Count-Out, Jeff Jarrett defeated Makin' a Difference Fatu by Count-Out, Buddy Landel pinned Bob Holly, and the Brother Love Show where Ted Dibiase explained the origins of Xanta Klaus. Yeah, Nitro won the head-to-head for December 18th, even with the Hogan nonsense at the end dragging things down.