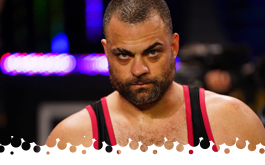 Taped from the Curtis Culwell Center in Garland, Texas, after the Winter is Coming live broadcast. Our hosts are Taz and Excalibur.

The Superkliq (Adam Cole and The Young Bucks, with Brandon Cutler) and Bobby Fish vs. Best Friends (Orange Cassidy, Trent Beretta, and Chuck Taylor, with Wheeler Yuta) and Rocky Romero

Matt starts with a kick to Chuck's gut. Chuck counters into a back elbow, and then a standing Sliced Bread. Matt rakes the eyes, but Romero tags in for a step up rana. Fish and Romero duke it out. Atomic drop by Romero and then a running dropkick. Cassiday saunters in and lazily helps Romero double team Fish. Cole tags in and out, preferring that Nick take care of Cassidy. Nick controls the hand for a tightrope walk armdrag. Cassidy returns the favor, strutting across the ropes. Cassidy's hands go in pockets and he maneuvers into a Monkey Flip on Nick. The Elite swarm OC, having had enough of his antics. The Elite take a break to triple powerbomb Trent onto the apron. Cassidy suffers a Superkick Party, and it's commercial time. They return with Cassidy getting worked over in the Elite's corner. Best Friends disrupt a triple team attempt, and OC rolls up Cole for 2. The Bucks pull Best Friends down to prevent a hot tag. Cassidy counters Panama Sunrise, and Trent storms in on a hot tag. This is Trent splashes Nick for 2. Romero and Trent unite for knee strikes on Nick, and Romero follows with a draping dropkick. Matt sends Rocky into the steps, but Trent and Chuck share a hug before catching Cole with a Sole Food/Suplex combo. Nick trips Trent onto the buckles for a bad landing. The Superkliq catch Trent with a tandem superkick/brainbuster, and Fish hits a diving headbutt for a somewhat ludicrous 2 count. Fish hits an avalanche Falcon Arrow on Trent, but Cassidy breaks the cover. The match breaks down even further, leading to a series of consecutive dives to get the fans going. Orange Punch on Matt, and then Cassidy dives onto the field. Trent catches Fish in an Air Raid Crash for the feelgood pinfall at 13:59. This was your official party match of the week. Trent is basically superhuman for surviving some of those finishers, ***.
Winners: Best Friends and Rocky Romero

Dan Lambert, Scorpio Sky, and Ethan Page come to the ring to troll the crowd. Lambert wants to know why everyone sucks up to Tony Khan. Crowd interrupts with an “@sshole” chant. Lambert thinks it's easy for TK to wear so many hats, because he's two faced. Lambert thinks TK is turning AEW into a late 90's version of WCW, and cites EVP Cody Rhodes cutting his guys in line for a shot at Sammy Guevara's TNT title. Lambert makes the egregious offense of insulting Rhodes to the Top, and out comes Cody Rhodes for a rebuttal. Cody rips the mic away from Lambert, Lambert swipes it back. Cody gets tired of this and kicks Lambert in the gut, but Sky and Page put the boots to him. Dustin Rhodes runs in but also falls to the numbers game. Sammy Guevara runs in as well and hits Sky with a springboard cutter. Sammy clears the ring and celebrates while Cody slumps in the corner.

Submissions Match:
Tay Conti (with Anna Jay) vs. Penelope Ford (with The Bunny)

Conti charges in to tackle Ford. Quick pump kick by Conti, Ford dodges a running boot and goes for a half crab. Conti kicks free and goes for a heel hook. Bunny pulls Ford into a rope break. Low dropkick by Conti, but Ford sloppily shoves her into the ring post. Ford misses a punch and hits the post! Conti looks for a cross armbreaker, but Ford gets another rope break. Conti blocks a back handspring splash and goes for a triangle choke. I think Ford was supposed to break with a dead lift slam but couldn't lift Conti, so they improvise with Conti countering into a shoulder lock. Anna neutralizes Bunny's interference. Conti tries a backpack chinbreaker, but Ford reverses into a Dragon sleeper. Conti escapes with knee lifts, Ford answers with a cutter and cravat. Conti survives and they trade kicks. Conti applies a body scissors chicken wing for the win at 5:25. They had a good sprint planned, but was rather sloppily executed, *½.
Winner: Tay Conti

Bunny cheapshots Conti with the brass knuckles, and escapes without any consequences. I guess this feud must continue.

Mark Henry hosts the split screen interview between 2point0, Daniel Garcia, and The Acclaimed against Lucha Bros., Proud and Powerful, and Eddie Kingston. The heels talk a lot of trash, the faces don't give them much oxygen. Eddie just wants to beat their @ss. That's enough talk, TIME FOR THE MAIN EVENT!

Kingston's crew doesn't like Caster's rap and attack on the ramp. The brawl around the ring has the bad guys reeling. Penta and Caster settle in as the legal men and trade chops. Lucha Bros. swarm Caster with kicks from all directions. Wheelbarrow splash by Lucha Bros gets 2. PnP swarm Bowens with rapid attacks, and it's time for some ads. They return with Santana fighting out of enemy territory with a springboard moonsault. Penta gets the hot tag and dishes out Sling Blades and backbreakers. Fenix helps with a tightrope walk penalty kick. Fenix spin kicks Garcia and then hits a twisting knee drop to the face. Eddie tags, but 2point0 pull him out, so Lucha Bros. help with stereo dives. Bowens lights up Ortiz, but Santana assists with a piledriver. Caster dives onto Santana, Eddie suplexes Caster. Garcia rolls up Eddie with a handful of tights to win at 10:00! That looked like a possible botch, pretty big upset. Well performed, yet formulaic. This ended right as they started to really get it going, ***.
Winners: Daniel Garcia, The Acclaimed, and 2point0

The Acclaimed are sore winners and smash a boom box over Eddie's head. Jungle Boy, Christian Cage, and Luchasaurus run in through the crowd to clear the ring. Jungle Boy makes a point of handing the tag titles back to Lucha Bros. in such a way to send a message that Jurassic Express is next.

Final Thoughts: Pretty slight episode of Rampage with a pair of decent multiman matches that were good, yet unlikely to stick around in my memory banks. I think the Cody angle will probably have been repercussions in the coming weeks, and everyone who skipped this Rampage will complain that they missed something, so maybe find that clip on Youtube and call it a week.