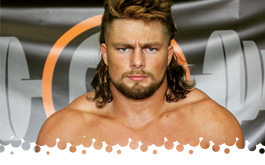 Taped from Cincinnati, Ohio. Who would have guessed when AEW started touring again that they'd draw one of their biggest and best TV crowds in Cincinnati? Our hosts are Jim Ross, Mark Henry, Tony Shiavone, and Taz.

They exchange shoves and then unload forearm shots. Andrade seems to have the mental edge. Pac keeps his temper in check, and dumps Andrade for a dive. Andrade gets whipped into the rails (and breaks character out of concern for a young fan's safety) and Pac hauls him back in for some chops. Andrade escapes a chinlock and hits a leaping DDT onto the apron. Andrade hits a twisting senton for 2. Pac gets hung up by his knee and Andrade hits a brutal double stomp. They cut to a “90 second commercial break.” They return with Andrade controlling the action with a moonsault. Pac reverses into a super rana! Desperation superkick by Pac gives them a breather. Andrade blocks a sunset flip bomb off the apron, but Pac nails a kick to the face. Pac gets hung by his knee again, this time Andrade misses the double stomp, and Pac hits a moonsault to ringside. Pac hits a springboard 450 splash, but Andrade gets the ropes. Andrade hits a back handspring Pele kick, Pac fires back with a Snap Dragon and another into the buckles. Crucifix bomb by Pac gets 2, so he locks on the Brutalizer. Jose hops up to distract, Lucha Bros. run in to stop him, but Chavo sneaks in to smash a tablet (or something) over Pac's head to give Andrade the cheap win at 15:42. This finish should be below AEW, especially considering the length. This had some cool stunts, and the live crowd seemed to enjoy it, but otherwise was oddly stuck in second gear. Andrade's ring work seems to be missing something, **¾.
Winner: Andrade El Idolo

When Andrade realizes how he won, he knocks Chavo down, and leaves him for Death Triangle to dismantle in the ring. It takes four referees to pull Chavo out of the Brutalizer.

Darby Allin and Sting come to the ring to talk to Tony Shiavone. Darby calls Shawn Spears a "generic piece of sh!t."" Sting scoffs at Tully Blanchard's accusation that Darby is riding his coattails. Tully arrives and talks some trash while Shawn Spears sneaks in to put Darby down with the C4. Spears flees before Sting can do anything about it.

Adam Cole video promo. He trusts the guys in the Elite with his life, they are coming together to take over pro wrestling. Cole hasn't reached his prime yet, and guys like Bryan Danielson cannot keep up. We shift to words from Bryan Danielson. He knows how great Kenny Omega is, but he knows he can beat him in a match. Bryan loves that everyone in AEW is eager to fight and prove themselves, so he expects Kenny to want to face him.

Britt locks up with Riho, who maneuvers into a dropkick. Statlander tags, then powerslams Britt for 2. Quick tag to Rebel, who awkwardly takes Riho's kicks from Statlander's back. Hayter tries her luck with a tag, Rebel cheapshots from the apron, and Hayter isolates Riho to send us to commercials. They return with Statlander reversing a double suplex. Britt helps with running double knees, but Statlander answers with a slam. Riho perches on Statlander's shoulders for a double stomp, but Rebel shields Britt. Riho hits a flying crossbody onto Hayter, while Ruby hits Sole Food to win at 9:30. Decent TV match, this Women's division badly needs more showcase matches like this, **¼.
Winners: Ruby Soho, Riho, and Kris Statlander

Pillman immediately tackles Caster and lights him up with chops. Pillman hits a dropkick through the ropes. Bowens trips Pillman in the midst of a springboard attempt. Caster takes control and targets the head and face. Pillman escapes a chinlock and mounts a plucky babyface comeback. Pillman takes a moment to wipe Bowens out with a dive. Caster dropkicks Pillman off of the apron, but then misses a flying elbow. Springboard clothesline by Pillman ends it at 6:45. Average match, but it's funny how groundbreaking it seems when AEW lets the hometown hero win, **¼. Winner: Brian Pillman Jr.

The Acclaimed administer a revenge attack, and Jon Moxley arrives in time to stop them from using a boombox as a weapon. Moxley smashes the box over Caster and puts Bowens down with the Paradigm Shift. The show ends with Pillman and Moxley standing tall to wild crowd approval.

Final Thoughts: This particular episode was fine, but didn't really tickle my fancy. Your mileage may vary. I'll confess that I was still sad when it ended. It's a credit to Rampage that it almost always seems to leave me wanting more.