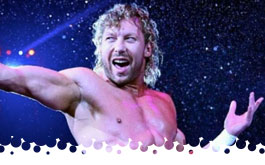 Live from Indianapolis, Indiana. Our hosts are Excalibur, Tony Shiavone, and Taz.

Jon Moxley marches into the ring. He still looks steamed about William Regal costing him the AEW title to MJF at Full Gear. He puts over his own toughness and dares anyone to step up to him. Cue Hangman Adam Page, last seen suffering a scary neck injury against Mox. Hangman has no patience for Mox's casual attitude and initiates a pull apart brawl. Moxley gets so angry he falls off the stage while trying to attack Page again.

The fans are ready for this one. They trade holds with a sense of urgency. Bryan pumps kicks the face, so Dax stomps him back. They trade stiff offense, Dax hits a springboard crossbody for 2. Bryan tosses Dax outside for a tope over the rails. Back from commercials, Dax delivers a trio of rolling German suplexes. Hard piledriver by Harwood gets 2. Dax begins having trouble keeping his emotions in order and Bryan hits a flying knee from the apron. Bryan delivers hammer and anvil elbows on the top rope, but Dax reverses the superplex! Bryan rolls through for a nearfall! They trade hard lariats and collapse onto each other. Bryan reverses a slingshot powerbomb, but Dax reverses the reversal for a pinning predicament. Bryan hits some YES kicks, blocks a release German, but Dax counters into a slingshot Liger Bomb! Danielson survives a Sharpshooter, they roll around trading inside cradles. Dax taps out to the LeBell Lock at 14:35! This felt more like a great matches' highlights than a great match in it's own right, but the fans sure were into it, ***½.
Winner: Bryan Danielson

Dax almost rejects Danielson's sign of respect but then pulls him into a big, ol' hug.

Ricky Starks talks to Tony Shiavone backstage. Ricky isn't content to just be the #1 Contender to MJF's world title, he also wants his Dynamite Diamond ring. It's nice to see an ambitious babyface, the diamond ring might be a good consolation prize for when Starks doesn't win the World title.

Meanwhile, security tries to escort Hangman Page out of the building, but Jon Moxley finds them to resume the pull apart brawl.

Renee Paquette sits down with members of the JAS and Blackpool Combat Club. Jake Hager looks absolutely gleeful in his awesome, purple, bucket hat, in case you were wondering. Claudio Castagnoli tries to cut a sincere promo about how much being a champion means to him, but Hager tosses another hat at him. Claudio storms off, leaving Wheeler Yuta behind to reject another recruitment offer from the JAS. Yuta wants Daniel Garcia's Pure title at ROH Final Battle.

Fox is officially All Elite, so as per tradition, he automatically gets a TNT title shot. Joe corners Fox and unloads some jabs. Fox uses a kip up to dodge a lariat, Joe casually walks away from a dive, but Fox rolls through and hits a surprise pump kick. Back to the ring, Joe sweeps Fox down for a back senton. They return from commercials with Joe still in control. Fox desperately comes back with a tornado DDT. 450 splash by Fox, but Joe kicks out! Joe nonchalantly walks away from Fox's flying senton. The Musclebuster ends it at 6:36. Decent, formulaic match that was mostly lost in the commercials, **.
Winner and still TNT Champion: Samoa Joe

Joe takes the microphone to welcome us to a new and glorious era, in which he is the one true king of television! Wardlow interrupts on the big screen to say that it's still Wardlow's world and Joe's championships are in danger.

Powerhouse Hobbs personality video package. He walks around the mean streets of Oakland and muses about being bullied made him tougher.

William Regal slithers to the ring to introduce his new pal, the AEW World Champion MJF. For all the angst amongst wrestling podcasts about whether or not crowds would boo MJF, the Indianapolis fans give him a villain's welcome and chant "shut the F up." He reads outloud an email Regal sent him before Full Gear that encouraged him to drop The Firm and grab the "brass ring." Since Regal is a genius, MJF knew he should listen to him. MJF addresses the cloudy situation with The Firm, he respects them, but he's above them. MJF trashes the physical appearance of the AEW title, calling it tacky, and garbage like the Indiana fans. Regal unveils a new AEW title, which looks an awful lot like the original title, except the straps are patterned after MJF's trademark scarf. Well, that's a mild letdown, I was hoping for something outrageous. Well, he does brand it the "big burberry belt" so the nickname might catch on. MJF turns his attention to fake tough guys like Eddie Kingston, fake stars like Ricky Starks, and fake wrestlers like Bryan Danielson. He plans on being World Champion for a very long time, all the way until the Bidding War of 2024, in which he'll use the championship as a bargaining chip to get even more money. MJF is so sick of looking at grotesque wrestling fans every week, maybe he'll go to Hollywood instead. He doesn't plan on defending the title often, his reign will make those of Hulk Hogan, JBL, and Jeff Jarrett seem short (LOL!). He'll make Bruno Sammartino roll over in his sh*tty little grave (okay, Max, tone it down a little). Max rewards Regal by knocking him out with the brass knuckles and reciting the rejection letter he'd sent him years ago. This was kind of all over the place, but it ended on a strong note. MJF strolls away while Bryan Danielson and medics check on Regal.

Back from commercials, Regal is being taken away in an ambulance.

Stokely Hathaway and Ethan Page interrupt before the bell, as does Matt Hardy in a frenzied "delete!" mood. Ethan thinks Matt is contractually obligated to help him win the Dynamite Diamond Battle Royal, which means that he's going to get a chance to beat Ricky's @ss. Daivari uses the distraction to his advantage, but Starks shakes him off with a spear. Roshambo finishes at 0:24. Squasheriffic.
Winner: Ricky Starks

Tony Shiavone is backstage with AEW Women's Champion Jamie Hayter, Britt Baker, and Rebel. Once again, Britt hogs the spotlight. Jamie interrupts Britt and suggests that she and Tony have a private sit down interview later. Britt doesn't take the hint and keeps going with her catchphrase.

It warms my heart to see Willow getting featured on Dynamite again. Anna dodges a lockup and showboats, but Willow makes her pay with a shoulder block. Willow controls the wrist for a pair of lariats, and then hits a back suplex. Low crossbody by Willow gets 2. Anna comes back with targeted attacks to the spine and a flipping neckbreaker. Back from commercials, they're trading stiff strikes. Willow builds some steam with a big boot and then a spinebuster for 2. Anna answers with a back heel kick and plants Willow for a decent nearfall. Willow counters the Queenslayer with a slam, but has to stop to chase Tay off the apron. Anna captures the legs for a nearfall, but Willow fires off a mean lariat. Willow finishes with the Doctor Bomb at 7:32! Decent match, once again eaten up by commercials, but a good win for Willow, **.
Winner: Willow Nightingale

Tay and Anna linger in the ring until Ruby Soho makes her return to ambush Tay. The fans are jazzed to see Ruby and pop when she gives Tay a neckbreaker on the ramp.

Video recap of The House of Black returning last week.

Tony Shiavone is standing by with QT Marshall and Orange Cassidy. QT wants a shot at OC's All-Atlantic title, and Cassidy immediately agrees. QT wants a lumberjack match, OC loves it and that's a wrap.

TBS Champion Jade Cargill (with The Baddies) comes to the ring. She's wearing a special money bikini, and we have balloons and confetti to celebrate her TBS title reign. Jade welcomes us to her big-@ss celebration, but demands to know why the Baddies were hanging out with Keira Hogan after she was kicked out of the group. Everybody better get in line, because she's the real deal and puts @sses in seats. She's interrupted by her random arch-enemy, hip stop star, Bow Wow, on the big screen. Bow Wow has some free time and he's got Jade on his agenda. This was all just okay.

Billy Gunn and The Acclaimed talk to the camera. Gunn plays drill sergeant and demands to know why they don't have a Dynamite match. Anthony Bowens thinks everyone is too scared of them, so they'll defend their gold on Rampage. There's nothing left to do, but scissor Daddy Ass.

The Elite jump Death Triangle in the aisle, still upset over the hammer shenanigans in their previous bouts. The Bucks hit Fenix with a tandem head scissors takedown on the stage. Omega ambushes Pac with a Kotaro Crusher. The Bucks hold Pac still for Omega to run down the ramp, but Pac counters with his own V-Trigger! Lucha Bros help with stereo cutters on the Bucks onto the ramp! During commercials, The Elite show off with dives off the stage. They return from the break with the match officially starting and The Elite hitting stereo powerbombs onto the apron. Penta blocks Omega's powerbomb and makes his own spiritual hot tag at ringside. Matt Jackson inadvertently takes down the referee, and out comes Penta's hammer. Penta hits a dive onto The Elite and teases a hammer attack, but his brother, Fenix, intervenes. Penta shoves Fenix away, and Omega capitalizes with a V-Trigger! The Bucks hit Penta with superkicks, and Omega follows with a snap Dragon! Powerbomb by Omega and then another V-Trigger on Penta, but Pac saves the match! Penta fights off The Elite until Pac and Fenix return with superkick assists. Death Triangle hit triangle dives to outside! Penta hits Omega with Fear Factor, but Omega kicks out! Nick tries a superkick party, but Fenix interrupts. Matt helps with a suplex combo on the Lucha Bros! Omega blocks Pac's superplex by targeting the broken nose, but Pac hits a defiant headbutt and an avalanche Falcon Arrow! Omega kicks out! Back from MORE commercials, Omega absorbs Pac's German suplex and nails a mean lariat! Nick Jackson gets the hot tag and gets the better of Fenix with a massive cutter. The Bucks catch Fenix in a crossbody, but the Meltzer Driver is blocked. The Bucks try More Bang for Your Buck but Penta breaks the cover! Death Triangle break up a BTE Trigger and Fenix hits Omega with a rolling cutter! Lucha Bros take out the Bucks with a tandem stomp and dives. Pac gets a dramatic nearfall on Matt! Pac gives Matt a Brainbuster for another 2 count! Matt blocks the Black Arrow and pins Pac at 12:16! HELL of a war here, and something completely different from the previous two matches in the series. This is starting to feel personal and ugly, and there's suddenly a lot of fuel left in this feud, ****½.
Winners: The Elite

The Elite gush about their victory on the mic. Kenny Omega promises a reverse sweep.

Final Thoughts: This was the focused creative followup that I was hoping for after last week's reset. The stage seems set for a good winter.