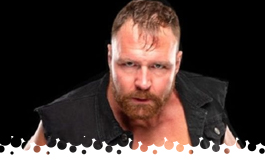 Chris Jericho comes to the ring in hopes of working out the issues with his protege, Daniel Garcia. Fans chant "You're a wrestler!" at Garcia. Jericho simply wants an apology. Garcia says his match with Bryan Danielson was the kind of match he dreamt of having as a kid, it was special to share the ring with his hero for 30 minutes. He refuses to apologize because Jericho ruined his special moment. Jericho demands that Garcia self-identify as a sports entertainer, but Bryan Danielson interrupts the tense scene. Bryan says Garcia can be whatever he wants, but agrees with the fans that he's a wrestler. Jericho doubles down on his demands, which causes an emotional Garcia to shove him down. Fans chant "You deserve it." Bryan doesn't like sports entertainment, but thinks this is entertaining. Jericho reminds us that he was trained by Stu Hart and remembers every hold from the Dungeon. Bryan thinks if Stu and Owen Hart were here today, they'd choose Dragon over Lionheart. This sets up the logical match for All Out to prove who the better wrestler is, but Jake Hager interrupts with an ambush on Danielson.

They feel each other out and reach a quick stalemate. Armdrag by Lethal, then a cartwheel dropkick. Lethal targets the eyes, so Dax lights him up with chops. Lethal answers with a Russian legsweep from the second rope. Back from commercials, Dax blocks Hail to the King, but Lethal counters a superplex. Lethal flies into an ax handle to the gut and Dax serves up some nasty rolling German suplexes. They exchange jabs, Dax blocks a Figure Four, so Lethal hits the Lethal Combination for 2. Lethal hits a dragon screw in the ropes and then a slick tope suicida. Lethal briefly applies a Figure Four due to a rope break. Lethal blocks a Sharpshooter, Dax blocks the Figure Four and hits a slingshot Liger Bomb for a hot 2 count. Dax pulls the tights to pull Lethal into a Sharpshooter, but Sonjay Dutt hops onto the apron. Dax inadvertently bumps heads with Dutt, leading to some close nearfalls. Lethal ends up pulling the tights for the pinfall at 12:49!

Dutt reveals that Jay Lethal will team up with the Motor City Machine Guns against FTR and Wardlow at All Out. Taz puts it best with "That came out of nowhere." Gotta love shoot comments that aren't supposed to be shoot comments.

Tony Shiavone is backstage with an emotionally distraught Thunder Rosa. She has to back out of All Out, so there will be a 4-way match to crown an interim champion.

Max Caster drops an amusing rhyme about how Billy should've worn a condom, and this alliance with Billy is the weirdest alliance I didn't know we all needed. Colten gets the better of Papa Gunn and rests on the buckles. Billy fires back with a shoulder block, forcing a quick timeout. Back from commercials, Colten takes control thanks to Austin's distraction. Billy makes an instant comeback while fans chant "Daddy Ass." Stokely Hathaway steals the Acclaimed's boombox, allowing Colten to hit a low blow and Colt .45 to win at 6:20. Half the match took place during the commercial, and what we saw was pretty pedestrian. The wacky personalities carried this segment, *¼.
Winner: Colten Gunn


The Gunn Club put the boots to their father, luckily Swerve Strickland and Keith Lee are available for the rescue.

Tony Shiavone hosts Death Triangle, Will Ospreay, and Aussie Open backstage. They'll be colliding in the main event as part of the Trios Championship tournament. Pac vows to murder the United Empire because AEW is their territory.

King is an Ohio native, but the fans still seem to like Britt, who hits a quick Sling Blade. Missile dropkick by King, but Britt clocks her in the face. Fans chant "Steelers suck" so Britt takes it out on King with a DDT into the buckles. King hits a roundhouse kick and release suplex. King hits a brutal uranage for a good nearfall. Baker answers with a pair of thrust kicks and a curb stomp. The Lockjaw ends it at 3:55. This kind of TV match is the right length to bring in some casual fans, they hit every beat they needed to and went right home, *½.
Winner: Dr. Britt Baker

Britt mocks Thunder Rosa for backing out of All Out, because when Britt was champion she defended the gold every night with a broken freaking wrist. Toni Storm marches out but gets jumped from behind by Jamie Hayter. Hikaru Shida rushes in with a kendo stick to save Storm, and it looks like we have our 4-way setup for All Out.

Tony Shiavone is backstage with The Acclaimed and Swerve in Our Glory. Keith Lee says they saved The Acclaimed because they want to face them at All Out. The Acclaimed don't appreciate the pat on the head, but will gladly take the tag titles at the PPV.

The announcers are making a big deal about how the broadcast will continue until both main events are finished, which makes me wonder if they are planning a surprise overrun tonight. The thought did cross my mind that they could do a 60 minute draw tonight to preserve the All Out main event, and add some extra intrigue in the process. The Cleveland fans love Moxley and boo Punk during introductions. They lock up and reach an apparent clean break before Moxley goes nuts with corner punches. Punk returns fire, but a roundhouse kick seems to reinjure his broken ankle. Moxley hits a mean lariat and fires off hammer and anvil elbows. Moxley hits a pair of Death Riders and PINS PUNK at 3:11! I can honestly say I didn't see any of this coming, I'm man enough to admit when I've been royally worked.
Winner and new AEW World Champion: Jon Moxley

Tony Shiavone is backstage with Christian Cage in an arm brace. Christian says that he offered Jungle Boy an olive branch, but now he's going to have to expose him as average at All Out.

Ricky Starks comes to the ring for a chat. He's feeling pretty wounded about Hobbs' betrayal, because he checked on him constantly back when he had his broken neck. Starks took in Hobbs when he was stuck playing security guard for Britt Baker, and they became friends. Starks issues the challenge for the logical singles match at All Out.

AEW World Champion Jon Moxley talks to the camera. He's flying high after his surprisingly quick victory, especially when many people had prematurely written his obituary. 2022 is Moxley's time!

Don Callis is hanging out on commentary. Best Friends and Danhausen are enjoying some popcorn in the front row. Fenix and Ospreay waste no time showing off their athleticism with a high level feeling out sequence. They get a standing ovation before moving on to a broken down brawl. Death Triangle clear the ring and nail a dazzling triple dive. The match restarts with Death Triangle working Ospreay over. Back from commercials, Ospreay hits a Sky Twister to Death Triangle on the outside. The United Empire splash Fenix for a good nearfall, the fans are still buzzing over the previous highspot. Fenix gets worked over for a bit, for those of you worried that this match doesn't have any psychology. Fenix forces Aussie Open to hit each other with forearms and hits a double armdrag. Penta gets the hot tag and runs wild through Aussie Open. Ospreay interferes to help Aussie Open hit a quick series of tandem attacks, forcing Fenix to break a cover. Back from more commercials, Pac seems to have Ospreay right where he wants him with a snap German suplex. Fenix assists with a crazy flying stomp and Pac stacks Ospreay in a sick German for another 2. Lucha Bros. meet Aussie Open for a brawl and superkicks! Pac and Ospreay sneak in for stereo poison ranas and meet eyes on the floor. The fans are going nuts. Ospreay no-sells a snap German and nails the Os-cutter, and they both go down for a big ovation. Ospreay wobbles around too much, and Pac forces an avalanche brainbuster! Back from even MORE commercials, Fenix tries a springboard super rana, but Ospreay lands on his feet, so Fenix hits a surprising cutter to pop the crowd. Penta takes out Davis with a dive. Fenix hits a tornado dive onto Fletcher. Pac goes for Black Arrow, but Ospreay gets his knees up. Pac reverses Storm Breaker for a red hot nearfall! This leads to the match breaking down for drive-by finishers, and I swear the fans are going crazy. Pac hits a tornado DDT, but Fletcher pulls Ospreay away from a Black Arrow. Pac improvises with a moonsault to the floor! Pac is distracted by Kip Sabian in the front row and unmasks him, but it's a hostage! The real Kip Sabian attacks Pac from behind! I can't believe they're finally blowing this angle off right now! Meanwhile, Fenix gets swarmed in the ring, and takes a triple team Os-cutter for the pin at 25:23! That's got to be an upset! This match was nothing short of marvelous, but suffered from multiple commercial breaks, ****¼.
Winners: The United Empire

Kenny Omega and the Young Bucks arrive to stare down the United Empire and set the stage for next week. This should totally rock.

The Moxley/Punk match will likely divide fans but I'm really intrigued to see where things are heading. I'm left wondering if Punk is hurt as badly as we feared, and they needed the title off him so Moxley could move on without him, or if this was an outside-the-box way to set up some real intrigue for a quick rematch at All Out. Either way, I'm honestly happy that I got worked like a kid tonight and I'm really eager to see what happens next.