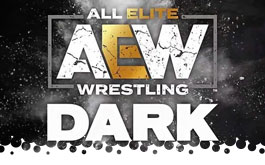 From the Agganis Arena in Boston, Massachusetts, from the Dynamite tapings on 10-9-19. Our hosts are Jim Ross, Excalibur, and Tony Shiavone.

Footage from last week airs, as the Young Bucks are preparing for Private Party in the locker room, with Tony Shiavone watching. Kenny Omega interrupts and feels discouraged that he doesn't have a match on Dynamite, to which the Bucks state that wins and losses matter, so that's why. He agrees to a lights out match with Joey Janela to get on the card.

Avalon cuts a hack promo before the match running down Boston sports teams. Leva is embarrassed for him and wisely apologies and takes away his mic. Avalon retreats early to give Kiss and Sabian a chance to show off their athleticism. Avalon attempts and ambush but gets tossed, allowing Kiss to hit a back handspring… slap to the face of Sabian. Kiss splits after a jaw breaker and does a Matrix drop to avoid Avalon's clothesline, but he catches him with a slam. Kiss kicks the head to escape a Full Nelson but Avalon elbows the head. Sabian returns to wipe Avalon out with a springboard cannonball senton to ringside (hurting his own hand in the process). Avalon recovers and suplexes Kiss while medics check on Sabian. Kip is back and almost puts both opponents away with a neat modified Northern Lights suplex. Avalon delivers a cutter combo for a nearfall. Kiss hits a double facebuster for 2. Leva tries to hit Kiss with a book but misses (botched), and Sabian catches Avalon with the Deathly Hallows for the win at 6:19. Good showcase for these three guys, but all three of them need to workshop their gimmicks/characters a bit more, **½.
Winner: Kip Sabian

Tony Shiavone introduces the next match from the slick AEW event center.

CIMA and Angelico start off trading arm drags. Tags are made and Daniels catches Grayson in an arm drag as well. Grayson gains the upper hand by smashing Daniels' head into Uno's boot. Daniels hits an STO and fights off Dark Order's interference, and the match breaks down. Evans thumbs Daniels' eyes to restore order. Daniels takes a boatload of punishment, including a guillotine leg drop from Grayson. Daniels counters Evans with a powerbomb and Kazarian gets a hot tag. The match breaks down again, with SCU taking turns hitting dives to the floor. Grayson catches Sky in a torture rack backbreaker, but everyone takes turns running in to hit finishers in succession. Hybrid2 catch Sky with a double kick to the groin and stretch him over for a cover and win at 9:50. Good spot-filled match, except the crowd was toast from the hot finish to Dynamite and was subdued throughout, ***.
Winners: The Dark Order and Hybrid2

UnDesirable to Undeniable, with host CODY, talking to referee Aubrey Edwards. She talks candidly about having a short stay with WWE, but not getting any more work without any explanation. Edwards feels "undeniable" when holding up the AEW title before a title match. If this all ended tomorrow, she'd be happy.

Tony Shiavone recaps all the happenings from last week's Dynamite and hypes the next episode in Philadelphia.

Omega's lack of singles success prevented him from being booked on Dynamite, so he's aiming to turn things around on Dark. Janela has a rough win/loss record in AEW as well, so both guys really need to pick up a W, but this is UNSANCTIONED, so this won't count on their records. Bell rings and Janela goes right for a chair, but Omega cuts him off with stomping and chopping. Janela hits a rana and torpedo suicida! Janela fills the ring with chairs and a black and gold ladder. Omega fights back but Janela throws a chair right into his face. Omega answers with a fame-asser into a pile of chairs! Omega goes for a wild somersault senton and his feet hit the guard rail on the way down. Medics check on Kenny, but he gives a thumbs up and hobbles back to drive Janela into the steps. Omega brings a table to the ring but chooses to hit a sweet missile dropkick instead. Omega's moonsault gets 2. Janela hits some chair shots but Omega answers with snap Dragon suplexes, including a third on the ring apron! Omega looks for a One Winged Angel on the steps but Janela counters with a German suplex! Janela drapes an upside down table on the apron and steps for later. Janela whips Omega into the ladder instead. Omega reverses a whip, but Janela hits a German into the ladder! They exhaustedly trade blows until Omega nails some V Triggers. Joey hits a brainbuster for 2. Wild superplex by Janela but his leg sweep off the apron is blocked. Janela counters a backdrop onto an upside down table, followed by a Death Valley Driver into the ladder. Janela sets Omega up on a table and climbs to the top of the ladder, only to crash and burn on a Frog Splash through the table! Buckle bomb by Omega and a spinebuster gets 2. Running V Trigger by Omega and decapitation lariat! Omega steals the Paradigm Shift but Janela kicks out! Janela side steps to send Omega crashing over the ropes and through the draped upside down table! Flying double stomp onto a chair by Janela but OMEGA KICKS OUT! Janela pummels Omega into a chair and kicks him over. Janela stands four chairs back to back and drapes Kenny on them. Omega pops up and attempts a superplex, which would likely cripple them both. Janela mercifully blocks the superplex, but Omega tosses him off through the chairs' spines instead! Omega puts Joey's head through another chair with a V Trigger and ends the slaughter with a One Winged Angel onto another chair at 26:32! Just a crazy violent stunt show. This might have been violence for the sake of violence, but this puts Kenny Omega over big time, which has not happened much yet in AEW. A match like this on a show like Dark is a welcome surprise, ****¼.
Winner: Kenny Omega

Final Thoughts: AEW's B show is better than most company's A show. Check this out.