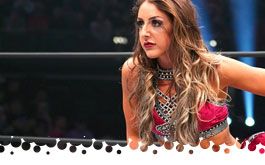 Live from Bojangles Coliseum in Charlotte, North Carolina. Our hosts are Taz, Jim Ross, and Excalibur.

Cody is MIA due to COVID reasons. Not sure why this situation warrants an interim champion, but I suppose they can't do "Battle of the Belts" without a belt. Shout outs to some guy named Humpy Wheeler and David Crockett in attendance. I'm surprised we haven't had a "Humpy Wheeler" on NXT 2.0 yet. Bell rings, they run the ropes, trade armdrags and have a staredown. They pause to let a dueling chant breathe. Dustin further pauses the action so he can catch his breath, Sammy mocks with a rest pose. Dustin tries to adjust his strategy to go for power, but Sammy continually dodges his attacks. Sammy thrusts Dustin into the barricade and points his fingers at Arn, who flips him off (to a pop). Dustin comes back by ramming Sammy's knee into the steps. A newly hobbled Guevara stumbles into Dustin's piledriver outside. Dustin would be willing to win by countout but Sammy barely beats the count. Back from commercials, Sammy is hobbled and runs into a powerslam. Turnbuckle punches by Dustin, but Sammy blocks a monkey flip and hits a clothesline. Dustin's rest results in a near countout, and Sammy sacrifices his own knee to hit a double springboard Swanton Bomb to outside! Dustin reverses a springboard cutter into Cross Rhodes for only 2! Dustin slowly sets up and hits Code Red for another 2. Dustin's slow climb up the ropes allows Sammy to pull him into a GTH! Dustin kicks out! Fuego Del Sol appears from under the ring and sets up a table. Arn chases Fuego away with his invisible glock. Meanwhile, Dustin puts Sammy through the table with a DESTROYER FROM THE APRON! Fans chant "this is awesome." Dustin's late cover gets 2. Dustin hits a pair of Cross Rhodes and teases a Tiger Driver. Sammy blocks and they both go down with clothesline attempts. They trade pinning predicaments until Sammy scores the pinfall at 16:13. Good match that told an appealing story with Dustin having to dig deep to hang with a young competitor. Sammy's knee selling came and went throughout, but I digress, ***½.
Winner and new Interim TNT Champion: Sammy Guevara

David Crocket hands the interim championship to Sammy, who gives Dustin a big, ol' hug. Daniel Garcia gets right into Sammy's face. They trade slaps and have an aggressive pull apart brawl.

Video promo highlighting the champions who aren't having matches tonight.

Tony Shiavone talks to Sammy Guevara backstage. Sammy doesn't give a sh!t about Daniel Garcia trying to ruin his moment, because he'll ruin his face. They'll meet for the interim title on Wednesday.

Starks bumps his chest into Sydal, who pokes his forehead. Quick round kick and rana by Sydal. Standing moonsault by Sydal gets 1. Starks crawls away and hides behind Hobbs. Back from commercials, Starks is in control with clotheslines and a uranage for 2. Sydal comes back with a sliding knee strike into the corner. Sydal hits a leaping super rana and variation of the Michinoku Driver for 2. Starks keeps kicking out of stuff, so Sydal goes high risk for Meteora! Starks gets the ropes and explodes into a Spear! Ro Sham Bo finishes Sydal at 9:05. Just a match, they didn't get much from the fans. Starks has been derailed with his neck trouble for so long, I think they need to do some major work to remind the fans why he's in this spot, **.
Winner and still FTW Champion: Ricky Starks

Hobbs helps Starks put the boots to Sydal. Lee Moriarty runs in for a failed rescue. Dante Martin comes out next and gets past Starks to fight Hobbs. Martin's punches have zero effect, but he manages to dropkick Hobbs to ringside. It's a little funny to me that they're spending time on a "Battle of the Belts" special to build up a midcard match for Dynamite, but that just might be the sign of a creatively healthy company.

I honestly forgot that I'm not watching Rampage and was wondering where the hell Mark Henry was for the split screen interview. Riho is too quick for Britt early on and bridges out of a press to hit low dropkicks. Riho goes for a flying crossbody to outside and takes down Rebel. Britt hits a sneaky Sling Blade on the floor. Jamie is upset about what happened to Rebel and insists they get a table. Riho takes down Britt and runs up the table to dropkick Jamie. Back to the ring, Riho hits a missile dropkick, but Britt then drives her into the buckles. Back from commercials, Riho manages a double foot stomp to the gut for 2. Britt runs into a head scissors takedown. Riho hits the Tiger Fade Kick for another 2. Britt survives a half crab, and Rebel shields her and takes a double foot stomp to the keister. Riho misses another diving foot stomp, Britt hits an Air Raid Crash for 2. Rebel hands in the Lockjaw glove, Britt reverses a Dragon Suplex into a Lockjaw attempt, Riho gets the ropes. Britt hits a curb stomp for a hot nearfall. Jamie drops the Women's title into the ring disrespectfully, Rebel grabs the gold and gets caught by the ref and tossed out. Riho knocks Britt into Jamie and nails a crucifix bomb and Northern Lights suplex, but Britt kicks out! Riho runs into a pump kick, Britt hits another curb stomp for another 2, so Lockjaw finishes it at 12:41! This built to a nice finishing sequence and seems to advance the slowburn dissension between Baker and Hayter, ***.
Winner and still AEW Women's Champion: Dr. Britt Baker

Britt and Jamie make nice with a hug, much to Rebel's glee.

Final Thoughts: This was a decent one hour wrestling show but a far cry from what I was expecting when these quarterly specials were first announced. It is hard to imagine this doing a bigger rating than the recent Saturday Rampage, but I am ready to be surprised. I guess the folks who were worried that AEW was going to burn through PPV matches with these specials can rest easy for now. Having said that, now that we've had Battle of the Belts and the TBS Dynamite premiere, I would like to see things start falling in place for the Revolution PPV. Mild recommendation.