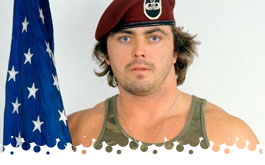 - Hosted by Vince McMahon and Bruno Sammartino, taped on April 21st from the Mid-Hudson Civic Center in Poughkeepsie, NY. This week we'll see the big feature match between Corporal Kirchner and the Iron Sheik, as well as highlights from "last weekend" between Ricky Steamboat and Jake Roberts (the words "Saturday Night's Main Event" weren't mentioned).

I guess we're pushing along with the JYD and Steele combination, as Vince hyped them as undefeated on the most recent episode of TNT. In modern era Sports Entertainment, that would make them the next challengers for the PPV. Steele starts, chasing Lee around the ring. Lee tackles him into the corner and unloads with chops. Angelo (looking to be about 6'4" and 340 pounds) comes in and is immediately bitten by Steele. JYD in with headbutts and the THUMP for three at 1:40. If you think I skimped on the blow-by-blow, I didn't. Vince cackles in delight at the sight of Haiti Kid standing on top of the fallen Angelo. Post-match, JYD brings a young boy into the ring to dance, and Steele even gets in on the fun.

- UPDATE with Lord Alfred Hayes. Since the beginning of time, the serpent or snake has played a mystical role, sometimes borderline evil, and others the object of worship. It is difficult to define one role on Damian, who is owned by Jake "The Snake" Roberts and he uses Damian for unknown reasons, the most likely being a psychological edge. So far, Roberts is undefeated, but what happens when he faces the top contenders in the WWF?

The in-ring debut of Jimmy Jack, who made his first TV appearance at the recent edition of Saturday Night's Main Event. Terry was on his way out, so we've got a replacement Funk from the Double-Cross Ranch, and no he's not really related to Terry or Dory. The man behind the mask is Jesse Barr, famous for picking a fight like an idiot with Haku and getting the Rockers in trouble their first night in the company. Hoss immediately goes to work on Malo. Jimmy Jack with a whip and elbow, followed by a snap mare and fist drop. Whip and we get a clumsy looking double shoulder tackle from the Funk's. King gets brought in and Hoss lays in with forearms. Whip and Jimmy Jack with a hooked clothesline. King whips Hoss to the ropes and gets punched in the face by the elder Funk in the middle of the crisscross sequence. Malo is allowed to tag back in but is quickly tagging back out. Hoss takes King over with a butterfly suplex and Jimmy Jack hits an odd twisting powerslam for three at 3:03. I almost compared it to Jeff Cobb's "Tour of the Islands", but less impressive.

The Bees come to the ring wearing masks. I want to say this is the first time we're seeing them pull out the masked confusion gimmick, but I'm not 100% sure. I really don't get the point of babyfaces blatantly cheating. The Bees remove the masks at the bell, defeating the purpose of the gimmick...for now. Brunzell starts with Sharpe. Lockup into the ropes and Brunzell uses the cast to block a cheap-shot from Sharpe. He takes Sharpe over with a head-scissors, followed by an arm drag. Blair comes in with the same routine, but Sharpe makes a quick exit to avoid a pin attempt. Bobby Heenan joins the commentary team for an update on the Andre the Giant Investigation. He's met with Jack Tunney and his attorney and looks forward to a thorough report in the near-future. Back to the action, Blair works over Mirto. Brunzell with a snap mare into a chin-lock. Whip to the ropes and Blair with a powerslam for three at 2:40. That's three matches, and all three ended with a variation of a powerslam. The Bees are given a new identity and the match is background noise to the Andre the Giant/Bobby Heenan saga.

- More hype for Boston on May 24th, with Corporal Kirchner cutting a promo on Volkoff.

Hopefully Savage rebounds from suffering a loss to Tito Santana on last week's episode. McMahon fawns over Elizabeth, as usual. Savage with a lot of stalling for a squash. He throws his sunglasses to the canvas, forcing Elizabeth to pick them up. Savage offers a handshake, but Jodoin is smart enough to not accept. Lockup to the ropes, Savage gives a clean break and gets in the face of some front row fans. Lockup to the corner and Savage with a knee to the midsection. He takes Jodoin over with a suplex and comes off the top with the flying elbow at 2:14. Again, I wasn't cutting corners. Post-match, Savage teases coming off the top again, but cools down. It's no wonder Savage is working the house show loop with Hogan while holding the Intercontinental Title, he's a license to print money.

- Jimmy Hart and Adrian Adonis are standing by from the Flower Shop. Hopefully, it's better than last week with Hillbilly Jim. This week, Adonis' guest is Johnny Valiant and his Dream Team of Greg Valentine and Brutus Beefcake. They're still harping on losing the Tag Team Titles at WrestleMania 2. They complain that the cards were stacked against them. It's the same old promo this team has cut for almost six weeks now. They promise payback for the Bulldogs.

- Lord Alfred Hayes is back with ANOTHER UPDATE: Ricky Steamboat was scheduled to face Jake Roberts last Saturday Night, but before the match could begin, Roberts assaulted Steamboat, knocked him out cold with the DDT on the concrete (legit), and embarrassed him further by unleashing Damian. We see the highlights from Saturday Night's Main Event. This was a hell of an angle, and damn does Steamboat's head smacking against the concrete look and sound brutal.

The feature match promised from last week. WOW, we didn't get another bait-and-switch, I'm amazed. I'd wager we're going to see Nikolai Volkoff at some point. Lockup into the ropes, Kirchner blocks a right hand and rocks Sheik with a headbutt. Whip to the ropes and Kirchner with an elbow, followed by a back body-drop. Here's Nikolai Volkoff, as expected, marching around with the Soviet flag. The distraction allows Sheik to recover and lay Kirchner out with a clothesline. Whip to the ropes and Sheik with a back body-drop. BREAKING NEWS: The British Bulldogs face King Kong Bundy and Big John Studd NEXT WEEK. Sheik hooks an abdominal stretch, but he doesn't have the leg hooked properly. Kirchner counters with a hip toss and drops a knee across the chest. Sheik rolls away from an elbow drop and chokes Kirchner across the middle rope. Whip and Kirchner with a sunset flip for two. Sheik counters another back body-drop attempt with a punt to the chest for two. Another whip and they bop heads for a double-down. Kirchner blocks a suplex and counters with his own. He sends Sheik to the ropes and hits the fallaway slam (Samoan Drop), but Volkoff runs in for the Disqualification at 4:20. Post-match, the assault is on until B. Brian Blair and Jim Brunzell make the save. Decent match, the non-finish was expected.

- Gene Okerlund with one more spot for the Boston Garden, talking to Fred Blassie and Nikolai Volkoff, followed by "Macho Man" Randy Savage.

Final Thoughts: We're still waiting for the next big angles to get us through the Summer. We're in the right direction, with Jake Roberts' brutal assault on Ricky Steamboat, but they're definitely dragging feet on the Andre the Giant situation, and who knows who will be next to step up to Hulk Hogan (Savage is getting a house show loop, but that isn't angle driven). The Bees debuted their masks and were an afterthought in their own squash, and we saw the debut of Jimmy Jack Funk, the next in a long line of replacement gimmicks (see also: Superfly Afi, Golden Boy Dan Spivey, and Corporal Kirchner).