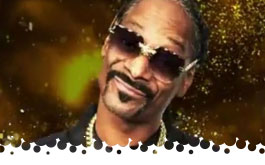 Welcome to 2021! It's a new year, but AEW is still stuck in Daily's Place. Jim Ross, Chris Jericho, Tony Shiavone, and Excalibur are on the call.

Wild brawl at the opening bell. The Bucks clear the ring and Nick dives onto a pile of bodies. Bowens blocks Daniels' Arabian moonsault to ruin the party. Daniels gets royally worked over for several minutes. Kazarian gets mean on a hot tag, knocking Evans into Bowens, and nailing a German suplex. Evans' leg lariat allows a standing corkscrew press for 2. Matt gets a hot tag of sorts and hits his Northern Lights combo and wrecks everyone with dives on and off the stage. Matt's one man diving festival leads to Bowens getting quadruple teamed. Nick and Kazarian hit the BTE Trigger, but TH2 breakfast he cover. TH2 hit a combination on Nick, who then blocks a 630 splash. Bucks throw a SUPERKICK PARTAY but can't hit the Meltzer Driver, and Evans nearly steals the pin. Daniels tags himself in and fills in for Nick on a Meltzer Driver for the win at 10:00. This was the usual barrel of fun from these guys, SCU suddenly look like threats again, ***½.
Winners: The Young Bucks and SCU


SCU reveal they gave themselves an ultimatum about becoming champions again and lay out the challenge to the Bucks.

Jon Moxley enters the ring for the first time since losing the AEW title at Winter is Coming. He isn't going to waste time bitching and moaning about what happened to him, and refuses to back down. Moxley has a zero tolerance policy for sh!tty people and is tempted to hunt down Kenny Omega and Don Callis with a crowbar, but will restrain himself out of respect for Rey Fenix' pursuit of the AEW title. In the meantime, Moxley is going to lurk over Omega's shoulder like a bogeyman and will make him pay and then some.

Dasha chats with Orange Cassidy and Chuck Taylor about Trent's injury, but they're quickly interrupted by Miro, Kip Sabian, and Penelope Ford. Miro says it sucks for them and sarcastically offers to be their new Best Friend, he'll even let Taylor be his Young Boy. In fact, if Miro beats Taylor in a match next week, Chuck will have no choice.

Jake Hager vs. The Wardlow

MJF and the Inner Circle gather to watch from the stage. Hager and Wardlow lock up like two bulls and shove it out. They trade holds, where Hager has an edge, but Wardlow stays in in the fight with strikes. Wardlow leap frogs over Hager and clotheslines him to ringside, where they both go down. Cue the commercial! They return with Wardlow building momentum with rapid body shots and a spinebuster. Wardlow hits a series of throws for a 2 count. Hager comes back with quick clotheslines and power slam for 2. Wardlow blocks the Hager Bomb and Ankle Lock. Hager gets launched off the apron into the rails. German suplex by Wardlow gets another 2. Hager kicks out of a Swanton Bomb at 1 and rolls into a triangle choke. Wardlow breaks the chokehold by dropping Hager onto the buckles and finishes with the F10 at 10:22. Decent hoss fight and Wardlow's clean win feels refreshing, ***.
Winner: The Wardlow

The Inner Circle encourage Wardlow and Hager to make peace, and they bump fists.

Private Party are ready to party and are joined by Snoop Dogg with the juice. Matt Hardy interrupts to offer contracts (for his managerial services?) and feels he's worth the hefty fee. Snoop Dogg just watches it all unfold.

Brian Cage (with Team Taz) and TNT Champion Darby Allin gather in the ring for the official weigh-in for next week's title match. Allin has a new TNT title (the original was presented to Brodie Lee Jr. to keep for life). Taz complains that Cage has to go first, and Tony Shiavone calmly explains it's because he's the challenger. Turns out Cage has a 100 pound advantage over Allin, and Taz mocks Allin for being so light despite being covered in chains. Allin says he's dealt with sh!t like this from people like Taz for years and wants to cut to the fun part. Allin grabs his skateboard for a fight, and almost on cue, the lights go out to herald the arrival of STIIIIIIING! Team Taz comically run away from Sting yet again.

Backstage, MJF tries to talk Jake Hager down from a tantrum. Hager thanks MJF for checking on him.

Last night, on Dark, Brodie Lee Jr. confronted Marko Stunt. Fast forward to tonight, Stunt explains to Alex Marvez that Jurassic Express is on the path to a championship. FTR interrupts to call Stunt useless. Stunt and Jungle Boy will meet FTR in the ring next week, and Tully pats little Stunt on the head.

Lively start, although Sydal botches an ambitiously complex armdrag. Sydal hits Meteora onto the ramp and injures his own knee. Coach Snoop covers his mouth with "Arn's Waffle House menu" to advise Cody, and I'm dying. Cody misses a wild punch and busts Serpentico in the front row. Cody recovers with a Scorpion Deathlock but Sydal gets the ropes. Coach Snoop tells Cody to work over the legs and we head to a commercial. Back from break, Cody hits a reverse superplex. Sydal had Cody's moonsault scouted, but Cody blocks the SSP. Sydal goes for a crossface, but Cody's clothesline sends them to ringside. Disaster kick gets 2, and the wrestlers chant "This is awesome" at Coach Snoop's request. Sydal rana gets 2, as does a roundhouse neckbreaker. Cody hits a pair of Cross Rhodes to win at 10:05. This was alright, **½.
Winner: Cody Rhodes

Serpentico and Luther attack Cody after the bell. Sydal helps out, and they serve Serpentico up for Snoop Dogg to hit a hilarious frog splash and 3 count (Editor's Note: shouldn't that be a "Dogg Splash?" Hey-oh!). Jericho throws a proper tantrum and it's hard not to smile at this.

Abadon meets Shida on the stage, only to take a kendo shot to the head. Abadon pops up and lunges into the ring. Shida goes for a running knee, but Abadon blocks via biting her leg. Abadon throws Shida by the throat into the rails. Shida gets abducted under the ring and Abadon emerges with fresh blood pouring from her mouth. Shida crawls out with a gimmicked neck wound and gets dominated as they head to a commercial. They return with Shida splashing off the ropes to ringside. Abadon spider walks into a fierce clothesline. Shida abruptly finishes with a running knee at 8:25. Wasn't really feeling this one due to the special effects, lack of chemistry, and disjointed match layout, *½.
Winner and still AEW Women's Champion: Hikaru Shida

Tay Conti, with Anna Jay and the Dark Order, makes her case to become NWA Women's Champion when she faces Serena Deeb. Jay says the whole Dark Order will be supporting her.

They lock up and Omega quickly stomps the knee. Fenix hits a snapmare but runs into a spike rana. Omega signals a dive but Fenix sprints into a rana. Fenix hits a leaping rana off the apron. Swinging DDT by Omega, but Fenix lands on his feet to hit a dropkick. Omega chops Fenix out of the air. A ringside battle leads to a brutal Snap Dragon by Omega. Back suplex onto the apron by Omega and another onto the guard rail. Back to the ring, Kenny's Kotaro Crusher gets 2. Fenix comes back with a springboard crossbody and missile dropkick. Fenix wipes Kenny out with a dive and nearly lands in the front row. Fenix then flips over Omega's back for a slick German suplex. Diving double stomp by Fenix leaves Omega on the floor, just in time for a commercial. They return and throw KO attacks until they both hit the canvas. Fenix is up first but springboards into Omega's knee lift. Powerbomb by Kenny gets 2, as does a running V-Trigger. Fenix reverses One Winged Angel with a poison rana. Callis distracts and Kenny hits an ambush V-Trigger in the ropes. Fenix leaps off the ramp for a cutter in the ring but Omega kicks out! Piledriver by Fenix gets another hot nearfall. Omega blocks a Frog Splash, hits a nasty piledriver counter, and running V-Trigger for only 2! The One Winged Angel finishes at 17:04! Terrific title match that made a compelling case for the challenger before ultimately having the champion win with his finishing move in straightforward fashion, ****¼.
Winner and still AEW World Champion: Kenny Omega

Callis and Omega gloat in the ring, and reveal that Eddie Kingston and the Butcher and Blade are beating up Pac and Penta backstage. Omega prepares another One Winged Angel on Fenix, but Jon Moxley storms in with a barbed wire bat. He gets Kenny with the bat and Callis retreats. Moxley then gets ambushed by THE GOOD BROTHERS! Karl Anderson and Doc Gallows from Impact Wrestling are here and put Moxley down with the Magic Killer. Sadly, no babyface wrestlers from the crowd are brave enough to help, and Omega smashes the barbed wire bat over Moxley's back. The boys have seen enough, and some lower tier babyfaces make futile rescue attempts. The Young Bucks arrive for a late save... but instead join forces with their old friends! The Bullet Club band is back together and it's too sweet!

Final Thoughts: Good start to 2021 and a welcome distraction from the mess in D.C.